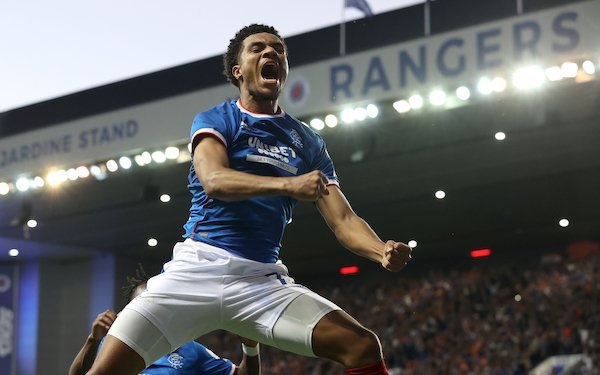 Malik Tillman's goal on a close-range header completed Rangers' comeback from a 2-0 deficit in the first leg and give the Scottish club a 3-0 win over Belgium's Union Saint-Gilloise for a 3-2 aggregate victory in the UEFA Champions League's third preliminary round of qualifying.

Rangers will face Dutch club PSV, a 4-3 aggregate winner over France's Monaco, in the playoff round. Six winners will advance from the playoff round to the group stage, where Rangers has not played since 2010.

Tillman's goal in the 79th minute followed goals from James Tavernier (from the penalty spot in the 45th minute) and Antonio Colak to erase Union Saint-Gilloise's lead from the first leg. He rose at the far post to beat keeper Anthony Moris to a cross from Borna Barisic.

The goal was the 20-year-old Tillman's first since arriving in Glasgow on loan from Bayern Munich last month, but he impressed with his play for Rangers. He started Tuesday's match on the right side but later moved into a central position.

Tillman's goal drew chants of "Sign him!" from Rangers fans at Ibrox. Rangers' loan agreement with Bayern includes an exclusive option to buy him

"I think after the game last week we needed Ibrox and the fans," Tillman told the Rangers Web site after the match. "I think we did pretty well – thanks to the fans for pushing us every minute, that was for them. It was crazy. I think when you have these kind of fans, it’s just an amazing feeling to play in front of them. They push you forward every single second. It was just amazing."

Tillman taking it all in.

What a night at Ibrox, thank you for your support. pic.twitter.com/JpKc3trgOk


Tillman's form certainly puts him in position to seriously contend for a spot on the U.S. World Cup team.

He filed a switch of association after playing for German age-group teams and played two matches for the USA as a sub in the June window. He was frustrated with his play in the 5-0 win over Grenada, which U.S. coach Gregg Berhalter blamed on an injury he picked up in the game and which kept Tillman out the second Concacaf Nations League match at El Salvador.

Five midfielders are considered locks for the U.S. World Cup team -- Tyler Adams and Kellyn Acosta in the No. 6 role and Weston McKennie, Yunus Musah and Luca de la Torre in more advanced positions -- while players like Brenden Aaronson and Gio Reyna can also play in midfield.

The players Tillman is competing with for one or two spots include Gianluca Busio, Djordje Mihailovic and Cristian Roldan. If Rangers can get past PSV, Tillman will be able to do what the other three can't, and that's showcase his skills on this fall's biggest club stage in Europe, the Champions League group stage.