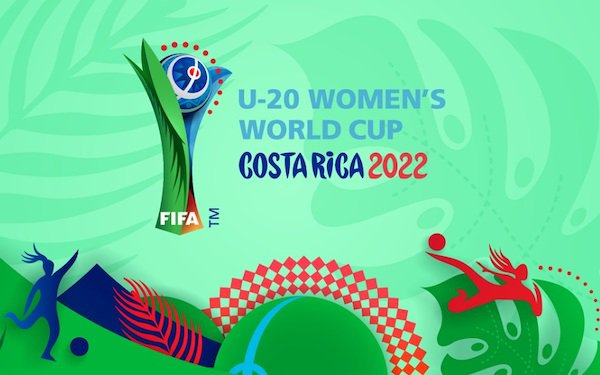 The 10th FIFA world championship for under-20 women kicks off on Wednesday in Costa Rica.

The 2020 Under-20 Women's World Cup was set to be played in Costa Rica and Panama. Costa Rica will host the 2022 tournament. All matches will be played at two venues: the Estadio Nacional in San Jose (where the Ticos play) and Estadio Alejandro Morera Soto in Alajuela.

Coached by Tony DiCicco, the USA won the 2008 title (2-1 over North Korea in Chile). The third title came in 2012 when Virginia head coach Steve Swanson was in charge of the Americans, 1-0 winners over Germany in Japan.

3. Fierce competition in Group D. The USA won its seven matches in the 2022 Concacaf championship by a margin of 49-0 but it was not a top seed when the draw was held on May 5.

4. Heavy college presence. Besides the USA, nine other teams at the tournament have U.S. college players on the rosters FIFA released.

On the U.S, roster, all but NWSL pros Olivia Moultrie and Jaedyn Shaw and high school senior Alyssa Thompson are collegians. The Americans will be led by Duke's Michelle Cooper, winner of the Golden Ball and Golden Boot at the Concacaf qualifying tournament.

Canada also has 18 U.S. collegians on its roster. Both Germany and New Zealand have four, Costa Rica, Colombia and Mexico two apiece and Australia, Japan and Ghana one each.

5. Future stars on display. Since the first tournament in 2002 when Canada's Christine Sinclair and Brazil's Marta finished 1-2 in the voting for the Golden Ball, many women's stars have played in the U-20 World Cup.

Alex Morgan was a relatively obscure player at Cal when she was called into a U-20 camp, made the 2018 U-20 World Cup team after showing off her scoring talents to DiCicco and led the USA to the title.

The player to watch at this year's tournament is 17-year-old Colombian Linda Caicedo, who was named the best player at the recently completed Copa America Femenina, where the host Cafeteras finished second behind Brazil.