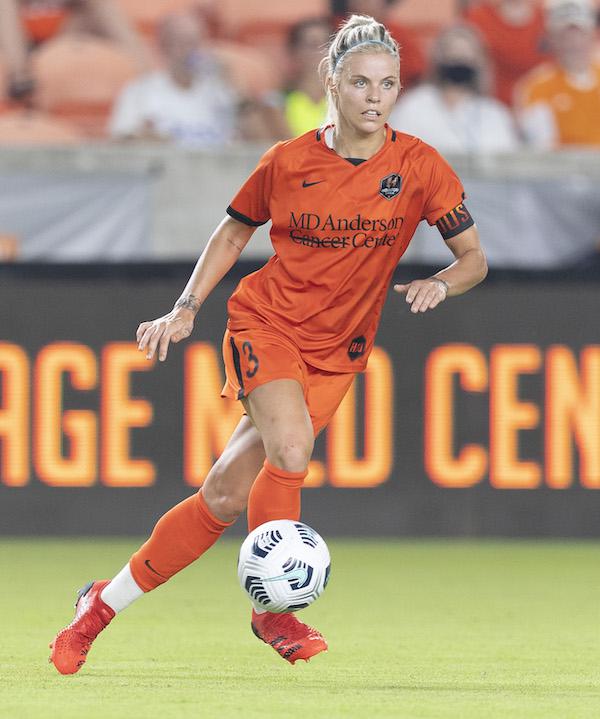 After a decade in the United States, first at St. John's University and then the Houston Dash, Rachel Daly is returning to her native England to play for Aston Villa.

The move comes after she started for the English national team that won Euro 2022, making its players overnight stars.

Daly, 30, led Houston to the 2020 NWSL Challenge Cup, the first trophy in club history. She scored 42 goals and tallied 12 assists in 116 appearances across all competitions in her seven years in Houston. She was one of five champion Lionesses who played college soccer in the United States but the only one who has stayed and played the NWSL.

"My time in Houston has been a journey," she said in a statement. "Not many people can say they have played at the same club for seven years. I am honored to have worn orange for that length of time. I absolutely love this club and the city of Houston. I have created memories that will last a lifetime. I feel happy knowing that I am leaving this club in a much better place than when I arrived."

Daly's signing is a coup for Aston Vila, which finished ninth in the 2021-22 Women's Super League.

“This is a big signing for us and one we’ve worked hard on completing," said Villa manager Carla Ward. "Rachel is a top forward and a proven goalscorer. Having performed admirably at fullback this summer, she showed us that she is a player you simply need in your team. But for us, she is a forward and we can’t wait to see her scoring goals.”