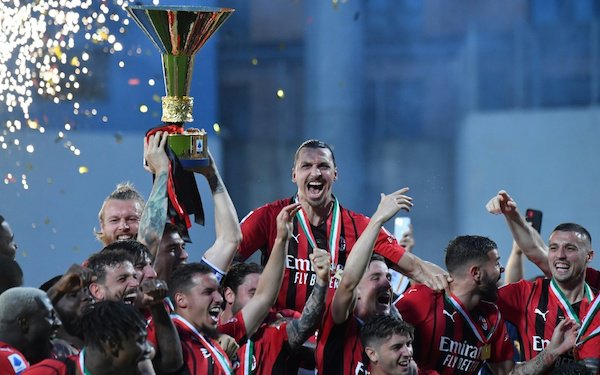 AC Milan has its Serie A rivals snapping at its heels ahead of its title defense while the other contenders bolstered their squads over an eventful summer that has left the league with no clear Scudetto favorite.

Stefano Pioli's team kicks off the new season against Udinese at the San Siro on Saturday as teams gear up for a 15-match sprint between now and the World Cup in Qatar.

Inter Milan, Juventus, Roma and Lazio have all made interesting moves, meaning that the race is likely to be as open as last year's, which went down to the wire.

Inter, meanwhile, started the summer with a bang by bringing back Romelu Lukaku on loan from Chelsea but was beaten to the punch by Roma and Juve respectively for key targets Paulo Dybala and last season's best defender, Gleison Bremer.

The loss of Bremer to its biggest rival was a blow for Inter, the inability to strike a deal with Paris Saint-Germain for the sale of Milan Skriniar holding up the purchase of the Brazilian from Torino and allowing Juve to bring in a sound replacement for Matthijs de Ligt and Giorgio Chiellini.

It dented the enthusiasm among fans who had thought Simone Inzaghi's team would strengthen to the point of being hot favorites to retake the title but is newly worried about the financial stability of the club's Chinese owner Suning.

Juve has also brought in star names Paul Pogba -- now out until September with a knee injury -- and Angel Di Maria, and is going after Leandro Paredes, Filip Kostic and mercurial attacker Memphis Depay.

However, Sunday's 4-0 friendly thrashing at the hands of Atletico Madrid was exacerbated by former Juve star Alvaro Morata's hat-trick and has caused murmurings about the future of coach Massimiliano Allegri, who needs a big campaign after finishing 16 points behind Milan last time out.

There has been some worry among Milan fans over the low-key nature of their team's transfer moves, as well as the fact that the club didn't renew the contracts of directors Paolo Maldini and Frederic Massara -- the architects of Milan's recent revival -- until the last minute.

Supporters are waiting for the American investment fund RedBird's purchase of the club to go through, with the closing of the 1.2 billion-euro ($1.3 billion) deal with current owners Elliott due to be completed in late August or early September.

Meanwhile, both Milan clubs are still sweating over the fate of their new San Siro stadium development, with a public debate expected in September decisive to the project's fate amid significant hostility from some local residents.

A source at Inter confirmed to AFP last month that should the debate go against construction and the project be blocked, the two teams would move it to a former industrial site in working-class Milan suburb Sesto San Giovanni, where the recently re-elected mayor has repeatedly said there will be no bureaucratic hurdles put in the way of a new ground.