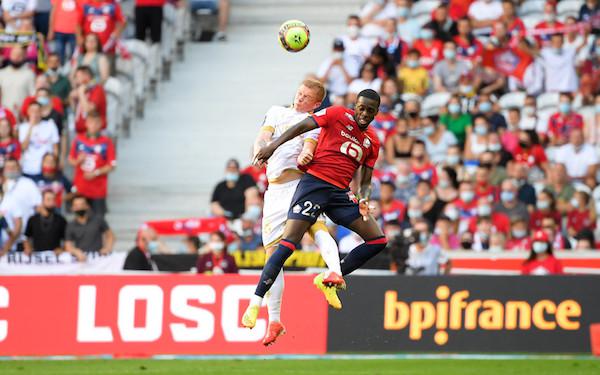 On the eve of French club Lille's match at Nantes, Tim Weah was ruled out with a foot injury.

The 22-year-old forward already missed the Ligue 1 opener -- a 4-1 win over Auxerre -- after being suspended for yellow-card accumulation following a caution he picked up on the final day of the 2021-22 season.

New Lille coach Paulo Fonseca, who will also be without another winger, Edon Zhegrova, for Friday's Nantes match, said he did not think that Weah will be ready to come back for his team's third match, against French champion Paris St. Germain, at which Weah began his pro career.

Weah has been bothered by injuries since he moved to Lille from PSG on a five-year contract for a reported transfer fee of 10 million euros (then $13 million).

He suffered repeated muscular injuries in his leg that forced him to cut short his first Ligue 1 season with Lille after just three appearances. He needed surgery to repair a torn hamstring and returned home to New York, where he grew up.

Weah returned and contributed mostly as a sub on a deep Lille squad that edged out PSG for the 2021 Ligue 1 title. He was off to a great start last season when he was injured again, suffering a torn muscle on the eve of the USA's start to World Cup qualifying. Fortunately for the USA, Weah returned and it won straight three home qualifiers with goals he created.

The offseason, though, has brought more changes at financially troubled Lille — including his third coach in three seasons — and Weah did not start in the final matches of preseason.

Fonseca has introduced a new formation, abandoning Lille's 4-4-2 system that offered opportunities for Weah up front or on the wing, and brought in new players, notably Guinean Mohamed Bayo from Clermont at center forward, which has pushed Canadian star Jonathan David to the wing.