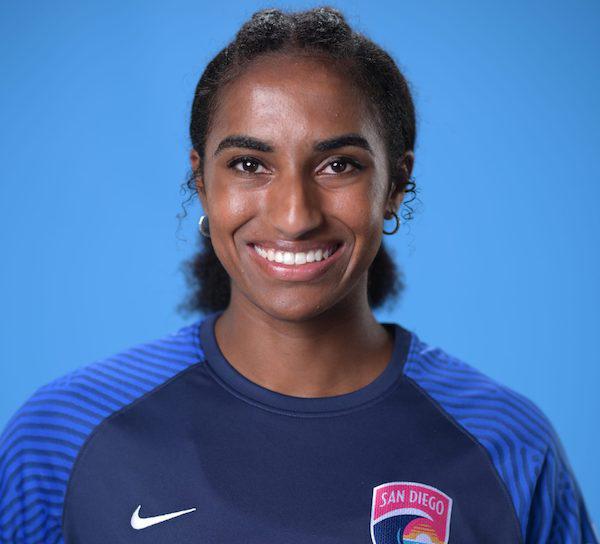 Since joining the San Diego Wave as the league's 2022 overall No. 1 draft pick, former Stanford captain Naomi Girma has gone full 90 in a dozen games for the league's least scored-upon team.

COLLEGE: While at Stanford, Girma served as a co-captain for the final three years of her decorated college career. She helped the Cardinal win Pac-12 titles in 2018 and 2019, as well as the national championship in 2019. She also was named Pac-12 defender of the year and All-Pac-12 first team in 2019 and 2021.

NATIONAL TEAMS: She played for the USA at the U-17 World Cup in Jordan in 2016 under coach B.J. Snow and in the 2018 U-20 World Cup in France under Coach Jitka Klimkova. Girma captained the under-20 team that won the Concacaf Championship while qualifying for the 2020 U-20 World Cup, which was canceled because of Covid. She was named 2020 U.S. Soccer Young Female Player of the Year.

PRO BALL: Drafted No. 1 overall by the expansion team San Diego Wave in this year’s NWSL draft, Girma has made a seamless transition to the professional level as a regular starter in the Wave’s defense. Girma’s stellar defensive ability and leadership have helped the second-place Wave become the stingiest defense in the NWSL. After 15 games, it has conceded the fewest goals (13) of the league's 12 teams. She earned her Rookie of the Month honors in May and June Best XI of the month. 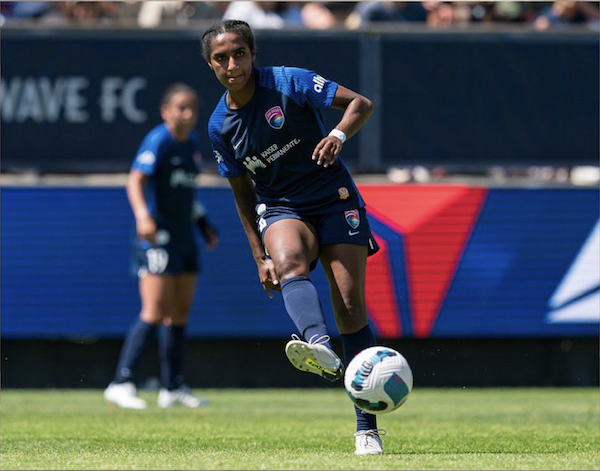 COACH SAYS: “I think her ceiling is very high, and I’ve been so impressed with her as a character and her as a player.” — Wave head coach Casey Stoney (Just Women’s Sports)

IN THE COMMUNITY: Girma has volunteered for and supports Soccer Without Borders, a program for refugee, asylee and recent immigrant youth. She serves as promotor for Switch the Pitch, a project uniting players, fans, clubs, grassroots organizations and brands to tackle racism across every level of the game.

GIRMA SAYS: “I feel like first year in the league, it’s a big adjustment, and there’s so much to learn. I’m so grateful that one, I get to play next to Abby [Dahlkemper], and also just having [head coach] Casey [Stoney], who has played center back for many years, there guiding us is just awesome. I feel like I’m learning things that I’ll take with me for my whole career in my first year.” — Naomi Girma (The Philadelphia Inquirer)
nwsl, women's national team
2 comments about "NWSL Rookie Report: Naomi Girma shines on San Diego Wave backline".
Read more comments >
Next story loading