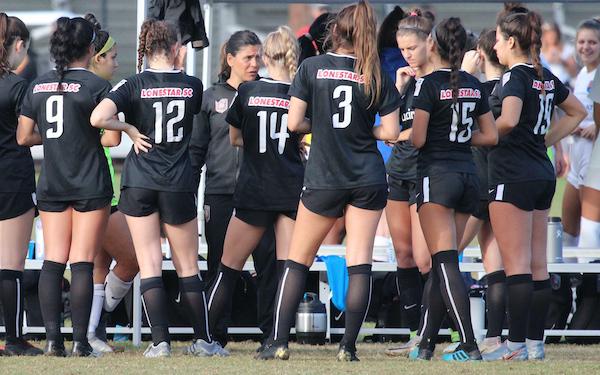 Like many soccer coaches, Sophia Mundy’s initial focus was on herself. She thought she’d be measured by results: her team’s won-lost record, and how far she could climb on the coaching ladder.

More than a decade into her career, she now realizes that was wrong. The focus, Mundy says, must be on her players: their experiences and their achievements.

That lesson was brought home two years ago. Covid struck in the spring of 2020. There were no matches to play. But there were many players to take care of.

Among her roles with the Lonestar Soccer Club of Austin, Texas, Mundy oversaw the Girls Development Academy program. With 7,000 female athletes suddenly stranded without a league – and worried that their clubs might fold too – she and several colleagues across the country went to work.

They spent the next 10 to 12 weeks creating the Girls Academy. They identified other top clubs in their regions. They collaborated on a mission, then built structure to support it. They hired Lesle Gallimore as commissioner, and Amy Griffin as president.

“The players were at the forefront of every decision we made,” Mundy recalls.

That’s not just lip service. A players’ advisory panel is at the heart of the Girls Academy philosophy. At the conference and regional levels, young athletes introduce and advocate for their ideas.

Input ranges from developing referee standards and identifying what’s needed at tournament recovery tents, to deciding which charities the GA should support. The advisory panel has welcomed professional speakers, and distributes a newsletter to all players.

Mundy understands high-level athletes. She was one herself, starring at Portland State University and the University of Houston, and on youth national teams. She played professionally in Iceland, and with the Boston Breakers, Atlanta Beat and Houston Aces. 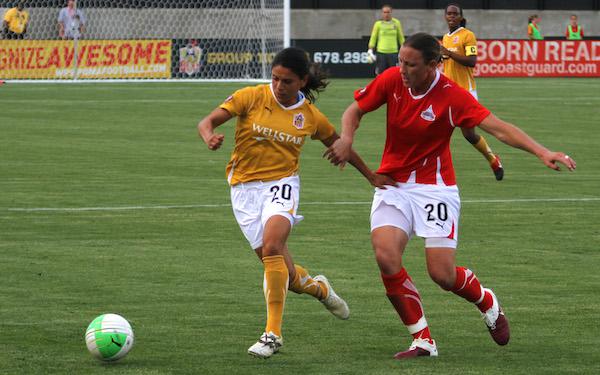 But though Lonestar is now one of the top clubs in the U.S., she did not grow up in the big-club system. Mundy’s introduction to the sport came through a church league, playing with boys through U-12. She joined a small club, Bear Creek United, in the Houston suburbs, and stayed with them until college.

In the early 2000s, the Olympic Development Program was the best pathway to college and beyond. Mundy rose through the Region III ranks, thanks to coaching by legends like Chris Petrucelli and Dave Simeone.

She adapted well to the quicker speed of the college game, and was an All-Conference player at Portland State. When her coach moved to the University of Oregon, Mundy transferred to her hometown University of Houston for her final two years. She had originally wanted to go to college far from home; now, she realized, her parents could watch her play.

Though she earned all-regional honors, and was selected to the U-21 national team and U-23 pool, there were no professional options here when she graduated. She headed to Iceland, where her team won the league title.

When the National Women’s Soccer League began, Mundy had a chance to play for another legendary coach: Tony DiCicco. “That was a dream come true,” she says. Teammates at her NWSL stops included Kristine Lilly, Angela Hucles, Tobin Heath and Hope Solo. 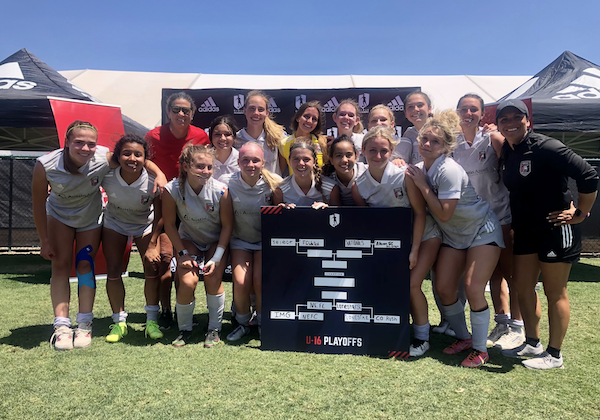 Knee surgery ended her playing career in 2010. But she had already been doing some coaching with the Challenge Soccer Club north of Houston, and liked it. That became her full-time career.

In 2012 she moved to Austin for Lonestar. She’s been there ever since. Along the way she earned her U.S. Soccer C, B, A and national youth licenses.

“I’m really lucky to be part of such a professional, well-organized club, with such high standards,” Mundy says. “Challenge was like that too. They value career coaches. They provide pathways. To be the preeminent club in the nation, which is Lonestar’s goal, you have to support your staff, trust them, and give them the tools they need.”

That support allows Mundy to grow as a coach. Which means, she has learned, that she focuses not on herself, but on the young woman chasing the same dreams she once did.