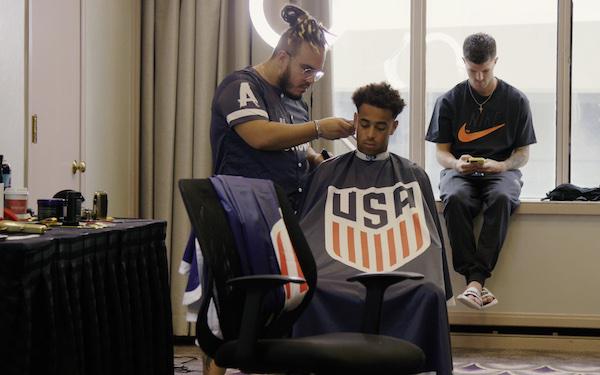 The U.S. men’s national team will be the subject of new documentary series that will focus on its preparations for the 2022 World Cup, which begins Nov. 21 against Wales in Qatar.

U.S. Soccer and Soccer United Marketing, its current commercial partner, have teamed up with Park Stories and H.wood Media on the series.

The series, which is unnamed, is expected to air close to the start of the World Cup on a yet-to-be-determined streaming channel. It will focus on the players with looks inside the locker room and visits to their hometowns and families.

In 2014, ESPN Films aired a six-episode documentary series on the men's national team. that began airing a month ahead of the World Cup in Brazil. The producers of the  2022 project will have the most access ever provided for a national team project.

“Five billion people are projected to tune in for the 2022 World Cup, and this team has the potential to impact each of them in profoundly transformative ways,” Directors Rand Getlin and Luke Korver said in a joint statement. “We know it starts with their play on the field, but we’re most excited for viewers to see them as sons, brothers, fathers and leaders who care deeply about their loved ones and bringing the world closer together.”