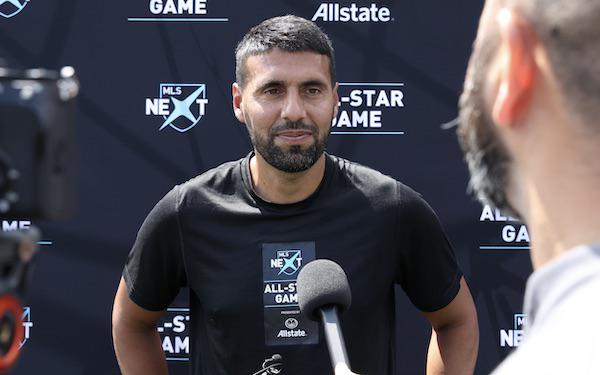 It’s been 15 years since Javier Morales decided to spend a couple years in the USA.

Now coach of Inter Miami’s U-17 academy team, Morales had never been to the USA when Real Salt Lake coach Jason Kreis flew to Argentina to lunch with the midfielder in 2007.

Kreis, through a translator, proved convincing and the fact that David Beckham and Argentine playmaker  Guillermo Barros Schelotto  of Boca Juniors fame signed with the LA Galaxy and Columbus Crew, respectively, earlier in the year added the league’s appeal.

“It was tough in the beginning,” says Morales, “because we didn't speak English yet, the winter, and my son was only 6 months old. I had signed a two-year contract and said to my wife [Noelia], ‘Let’s spend two years here and we’ll go back to Argentina.”

Soccer America named Morales — one of three Argentines signed by RSL during its third season in MLS  — among MLS's 10 most important player signings. His success and endorsement of the league opened a pipeline to Argentina that led to other clubs winning MLS titles with the help of Argentine stars — like Diego Valeri (Portland Timbers), Lucas Zelarayan (Columbus) and Maxi Moralez (NYCFC). Atlanta United started three Argentines in its 2018 MLS Cup victory.

After a decade with Real Salt Lake, Morales played one more season at FC Dallas, where he embarked on the youth coaching career that in 2019 landed him at Inter Miami, where he was among the first eight hires for the club that debuted in MLS in 2020. His son, Santiago, starred for Inter Miami's U-15s last season and has been called into U.S. U-15 and U-16 national team camps. 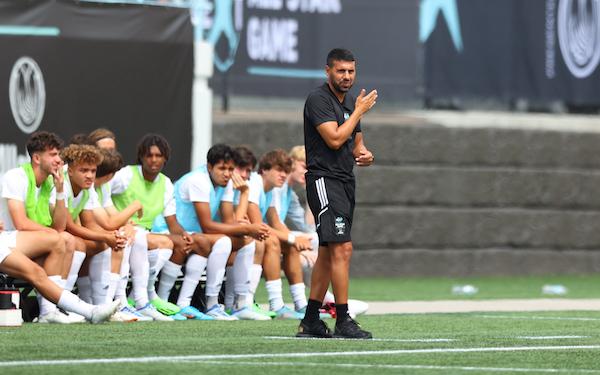 Javier Morales grew up in the Greater Buenos Aires district of Temperley. His father is a taxi driver and his mother a school administrator.

JAVIER MORALES: Like everyone in Argentina, I started playing soccer in the streets with friends. When I was 5 years old, one of my dad’s friends had his own club and invited me to join. It was an indoor team and I played two years up.

I played in the league final when I was 7 and a scout from Lanus was there and invited me to a tryout at Lanus. But one of my friends had a tryout at Velez Sarsfield. I wanted to be on the same team as my friend, so I joined him at the Sarsfield tryout.

Velez Sarsfield, a more renowned club than Lanus, invited Morales to join but not his friend.

I said, no I don’t want to play for Velez Sarsfield. We went together to Lanus and both made it.

What I remember well was they invited me to join the first team for preseason, which started right after my high school graduation. Here you have high school proms. The big thing in Argentina is the entire class takes a trip to the south after graduation. It’s a big trip. All the schools go to the same place and it’s a big party that everyone looks forward to.

I had to pick to go on that trip or to join the first team. I signed the contract with Lanus. 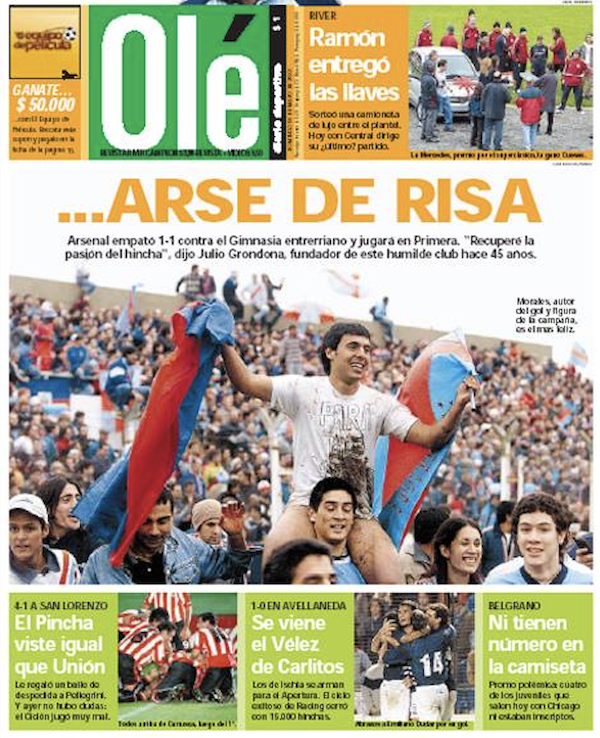 After three seasons, Lanus loaned Morales to second division Arsenal de Sarandi, where he became a club legend for leading the club, founded in 1957, to its first Primera Division promotion in 2002. He was Arsenal's top player (Ole sports daily) during the ascenso campaign and scored the promotion-clinching goal (video) in a 1-1 tie with Gimnasia y Esgrima. In 2006, Morales, who also played again for Lanus and Newell’s Old Boys before returning to Arsenal, moved to Spain.


I loved Spain. Spanish soccer fit my style. Our team [UD Vecindario] didn’t do well, but I had a good season. I got an offer from Salamanca. But I also got a call from my agent asking me if I was interested in MLS.

[Real Salt Lake] coach Jason Kreis flew to Argentina and we had lunch with my agent and a translator. I was very interested. A few months before, David Beckham and Guillermo Barros Schelotto signed with MLS. I had never been to the U.S., but I always wanted to go. What I knew about the U.S. was from the movies, Los Angeles and New York City.

Salt Lake City wasn't much like either. He arrived with his wife and 6-month-old Santiago, who was born in Spain, The winter was harsh and he faced the challenge of learning English. But they soon settled in. Together with fellow Argentines — Edgar Espindola and Matías Mantilla — Morales helped Real Salt Lake to its best seasons. His success ignited more interest by clubs throughout the league in Argentine players and spurred their eagerness to come to MLS .

I don't want to say that happened because of me, but maybe I helped show the Argentine style.

When Diego Valeri was weighing an offer from the Portland Timbers, he spoke with Morales.

We only spent a preseason together at Lanus, but we became good friends. He asked me if he should go to Portland. I knew well how he played the game and how  well he read the game . I said, “Diego, you should play in this league. You’re gonna kill it here.” And I wasn't wrong. 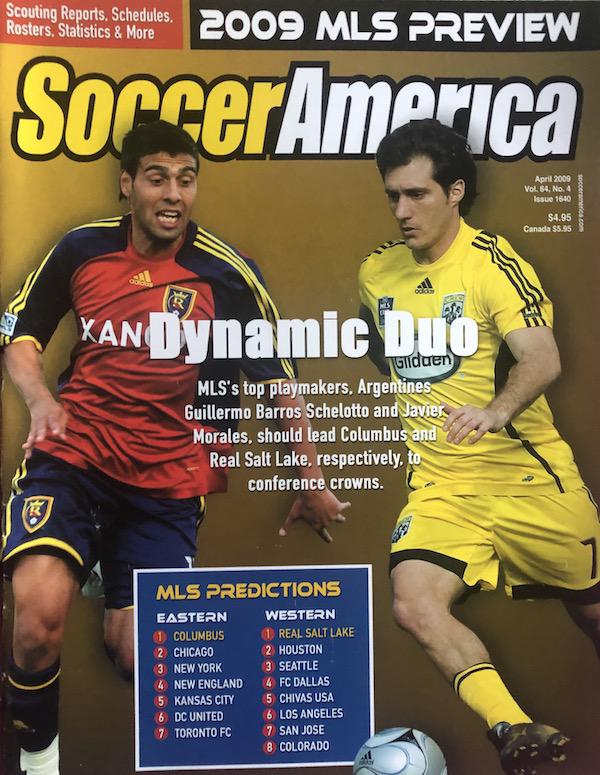 Morales thought about a coaching career while playing.

I always asked my coaches questions. Sometimes I disagreed with the answer. Most of the time, when they answered, I said, OK, you’re right.

But a lot of time I didn't get an answer. If they said it’s this way because that’s my way — it’s not working for me. It’s OK to disagree, but coaches should explain their way. Players should be able to ask questions and the coach should be able to answer.

His playing style also helped prepare him for coaching.

My characteristics, my qualities as a player — physically I didn’t have the potential to play soccer — meant it had to come from my brain. I was always thinking, always analyzing the opponent, looking to see where the spaces are. Asking myself, how can I be better in this game?

It was natural for me. It wasn’t like I was taking notes. But as I got older, I knew I wanted to coach. And that I didn’t want to be the kind of coach who didn’t answer his players’ questions.

During his final season, he told then FC Dallas academy director Luchi Gonzalez he wanted to coach.


Luchi said, “Tell me why?” and then asked me a lot of questions. Six months later, he offered me a chance to coach in the academy.

Morales was one of Inter Miami’s early hires and is the head coach of its U-17 academy squad.

I like the age group. It’s a good age because they’ve got MLS Next, Generation adidas Cup and they start having second team [MLS Next Pro] and first-team opportunities.

And it's a fantastic area to coach in. About 95% of our academy players are from the area and there is so much talent in South Florida. 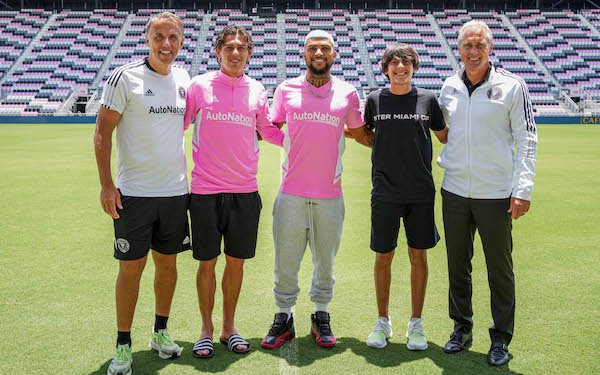 Inter Miami tracks its academy players’ schoolwork with a “green, yellow, red system.” If their academic performance drops to red, they won’t suit up for the weekend’s game. The club provides schooling and arranges study periods for the 16- to 19-year-olds around their training schedule.

College soccer may not be important to a kid pursuing a soccer career like it used to be in the United States, but education is more important than soccer. We track their school work and are in constant contact with the teachers.

As a former pro player, Morales believes it's important for aspiring pros to know ...

The biggest thing is to beware of ego. Professional players get treated special. Everyone is praising you, doing things for you. You get treated like you’re a king.

Those who buy into that have problems, because when you retire, that is not going to happen to you anymore. I always knew it was temporary, so I didn’t have a problem when I stopped playing.

Young players who want to be pros must get educated because few make it to the pros. For those who make it, it's temporary. They must be prepared for when they stop playing.

No matter how special you get treated when you’re a pro, you’re not king. You’re a normal person.