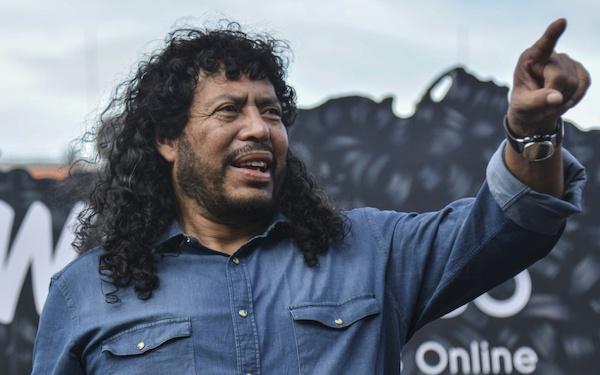 Sweeper-keepers such as Manchester City's Ederson, his Brazilian compatriot Alisson Becker at Liverpool and Bayern Munich's Manuel Neuer are all the rage in modern soccer.

But until FIFA changed the back pass rule 30 years ago, goalkeepers were rarely expected to use their feet to take part in the team's build-up play other than to punt the ball upfield. They could take their time and throw the ball.

"Football greats like Pele and (Diego) Maradona ... (were) very good players, but they didn't change a rule at FIFA," Higuita told AFP by video call.

In Colombia, the decision to ban goalkeepers picking up a back pass with their hands is known as the "Higuita Rule."

FIFA decided to act after the 1990 World Cup in Italy came in for huge criticism for dull matches that produced a record low 2.2 goals per game.

Higuita argues that in that tournament, he showed the way forward.

FIFA banned the back pass at the next Olympic Games in Barcelona in June and July 1992, initially to confusion and ire.

"FIFA put an end to something that was awful, in the 1990 World Cup almost all the teams played backwards, giving the ball to the goalkeeper," historian Luciano Wernicke told AFP.

At that World Cup, goalkeepers such as Argentina's Sergio Goycochea, Luis Gabelo Conejo of Costa Rica and Italy's Walter Zenga "had the ball in their hands for a huge amount of time," added Wernicke, an Argentinian.

Higuita stood out, not just for his frizzy locks, but also for his fearlessness with the ball at his feet and an ability to create attacking situations with his passes.

It was not all glory. Higuita's ball playing ultimately cost his team.

In the last 16, Higuita was tackled far outside his penalty box by Cameroon's Roger Milla while trying to dribble past the forward.

Milla then raced away to score the winning goal and eliminate Colombia.  His dancing celebrations of his two goals in that 2-1 win became iconic moments at the tournament. 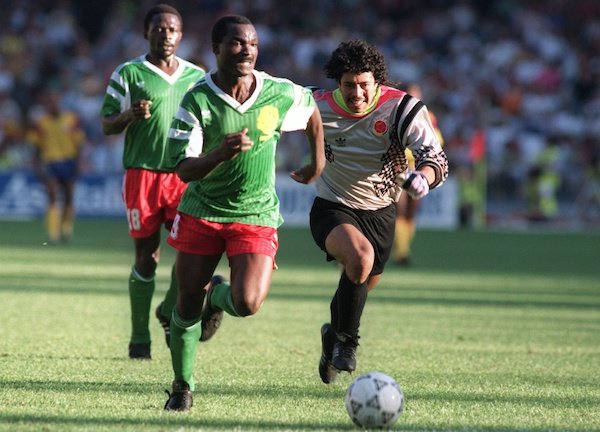 "Now (football) is much faster, there's more movement, every day the goalkeeper has to work a little more on his feet to give something to the team," said Higuita, who is convinced that he was the reason for the rule change.

While Wernicke recognizes Higuita was unique, he disputes that theory.

"It's not that the law changed because of Higuita, but rather because of all the many goalkeepers who weren't like Higuita."

Many keepers, such as Barcelona great Andoni Zubizarreta, were against the new rule, arguing to El Pais newspaper in 1992 that it would "limit the goalkeeper."

Santiago Canizares, who played for Spain at the 1992 Olympics, recently spoke about how the back pass rule made him nervous.

"It was a surprise for us," he told Olympics.com. "We didn't know that this could become part of our lives."

The impact was immediate with the next World Cup in the United States in 1994 producing 2.7 goals per game, the highest figure since 1970.

"It is the best rule change in the last 40 years, it made soccer more dynamic," said Wernicke.

Whether or not he was responsible, Higuita supports other measures that could help cut time-wasting, for example by stopping the clock when the ball goes out of play.

"There is a lot of talk about introducing 'real time' like they have in basketball, and that's not a bad idea," said Higuita.