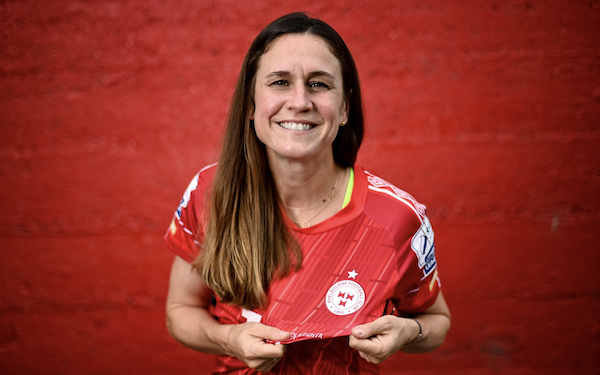 Heather O'Reilly, one of the most decorated players in women's soccer history, had been retired long enough that she was eligible for induction into the National Soccer Hall of Fame.

But a day after the list of eligible candidates for the Class of 2023 was released, O'Reilly's name was removed.

On Thursday, it took all of four minutes for the 37-year-old O'Reilly to score on a looping header for what proved to be the only goal in Shelbourne's 1-0 win at Slovenia's Pomurje.

She said it was a "life dream" to play in the Champions League and "amazing" and "surreal" to score the winner.

@HeatherOReilly came out of retirement to play in the @UWCL

Tonight she scored the winner for Shels against ZNK Pomurje


The victory moved Shelbourne into the final of the first round against Iceland's Valur on Sunday.

Fifteen first-round winners will join nine teams in the second round, where home-and-home series will decide the 12 teams that will join the four automatic qualifiers -- Lyon, Wolfsburg, Chelsea and Barcelona -- in the group stage, which begins in October.