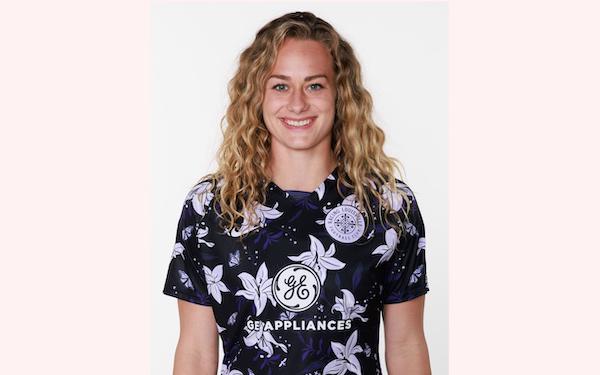 After accumulating myriad championships and awards at youth and collegiate levels, defensive midfielder Jaelin Howell is in her first year as a core member of Racing Louisville.

CHILDHOOD: Jaelin Howell grew up in Lone Tree, Colorado, as one of three children of Laura and John Howell. Her dad played seven years in the National Football League (NFL), winning the 2002 Super Bowl with the Tampa Bay Buccaneers.

YOUTH SOCCER: Howell played for the club team Real Colorado alongside fellow U.S. national team and NWSL starlet Sophia Smith. Howell captained the squad at the U-15 and U-16 levels, leading the U-16 side to the 2016 ECNL National championship. In 2017, United Soccer Coaches named Howell Youth National Player of the Year and she was a finalist for the U.S. Soccer Youth Player of the Year award.

COLLEGE: Howell started all but four of the 90 games she played in at Florida State University. She helped the Seminoles win three ACC championships and make it to three national championship games in four years, winning two of them, in 2018 and 2021. While Howell mainly handles defensive responsibilities in the midfield, she also contributes to the attack, as evidenced by her 14 goals and 14 assists at FSU. One of her most important goals was the gamewinner against Rutgers in the 2021 NCAA Tournament semifinals. Howell won the MAC Hermann Trophy in 2020 and 2021, becoming only the sixth player to win this prestigious award in back-to-back seasons. She was named to the All-ACC Freshman team (2018) and then the All-ACC First Team the next three seasons. Additionally, the ACC named her Midfielder of the Year in both 2020 and 2021. 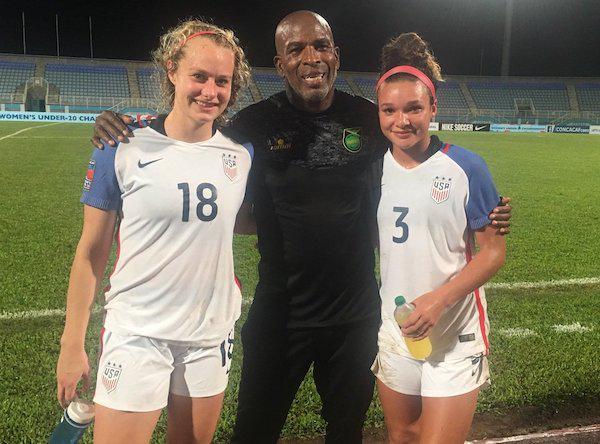 Real Colorado director Lorne Donaldson flanked by club teammates Jaelin Howell and Sophia Smith at the 2018 Concacaf U-20 Championship at which Donaldson coached Jamaica and the USA lifted the title.

NATIONAL TEAMS: Howell was involved with the U.S. youth national team at the U-17, U-20 and U-23 levels, competing at the U-17 Women’s World Cup in 2016 and the U-20 Women’s World Cup in 2018. She earned her first full national team call-up in 2017 but didn’t make her international debut until November 2020 when she entered a game against the Netherlands as a substitute. So far, she has made five appearances and scored one goal for the USA, against Uzbekistan in April 2022.

PROFESSIONAL SOCCER: Racing Louisville drafted Howell second overall in the 2022 NWSL College Draft and signed her to a three-year contract. She debuted in her club’s NWSL Challenge Cup opener on March 18 and has gone on to start all 16 games that her team has played so far this season. Racing Louisville is currently in ninth place with a 2-6-8 record, having conceded six more goals than they have scored.

COACH SAYS: “Jaelin is a talented young player with a lot of good qualities. She’s always very competitive and great in the team environment. We’ve enjoyed working with her during the few times we’ve had her with the national team.” — U.S. coach Vlatko Andonovski.

HOWELL SAYS: “Playing mid is a pretty crucial position. It’s a lot of attacking and defending. Being a leader on the field and, since you can see the whole field, directing traffic. It’s about getting the best out of your teammates in terms of directing traffic and being that leader, a quarterback to help everyone out with positioning.” — (Unconquered Magazine)