Serie A: Paulo Dybala is aiming to avoid tears on Juve return with Roma 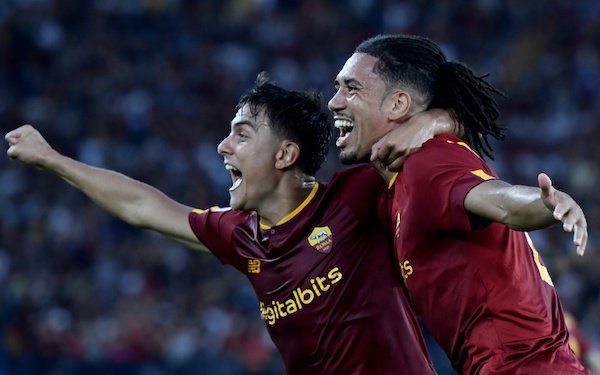 Paulo Dybala will lead the Roma charge on Saturday as the team seek to build on a perfect Serie A start when he returns to Juventus, where he last left in tears.

Roma travels to Turin following two single-goal wins from matches with Salernitana and Cremonese but with some of their pre-season optimism deflated by injuries to Georginio Wijnaldum and Nicolo Zaniolo.

Zaniolo has been Roma's most impressive performer in their opening two matches but after the Italy international suffered a dislocated shoulder on Monday the onus will be on star signing Dybala to strike a blow against his former club, who let him go in the summer.

The Argentina forward was in bits as he said goodbye to Juventus fans back in May, sitting on the Allianz Stadium pitch with Dusan Vlahovic well after the fans had gone home and pondering his future after management decided to end his seven-year spell at Italy's biggest club.

Protracted negotiations over a contract renewal ended with Juve pulling out of a verbal agreement to increase his salary to 8 million euros plus bonuses, considered too expensive by the club hierarchy.

The 28-year-old was tipped to join Juve's biggest rivals Inter Milan for most of the summer but after they signed Romelu Lukaku the deal became impossible to do for a club that is attempting the tricky balancing act of cutting costs while still remaining competitive.

So in swooped Roma for possibly the best value deal of the European transfer window, the capital club and in particular Jose Mourinho convincing a proven performer to take a fraction of what he was asking Juve in order to play for a team on the up.

Allegri under fire. Dybala will be charged with improving Roma's record at the Allianz Stadium -- one win in 12 defeats in all competitions -- and they might fancy their chances this weekend against a Juve side which has failed to convince fans or pundits of their title credentials.

Juve and in particular Coach Massimiliano Allegri were heavily criticized for the drab display at Sampdoria on Monday night, where Vlahovic was starved of service.
Vlahovic only touched the ball nine times while Juve's midfield, shorn of the injured Paul Pogba for another few weeks, more resembled a black hole than an engine room.

Allegri should have Leonardo Bonucci and goalkeeper Wojciech Szczesny back for the clash but as the coach pointed out in a baffling post-Samp interview with DAZN, the one positive for Juve "is that we haven't conceded in two games."

Juve's midfield deficiencies should lessen the impact of Wijnaldum's tibia fracture for Roma, which will also have Lorenzo Pellegrini and Tammy Abraham in attack for a match which will show whether pundits were right to pick them as a dark horse for the Scudetto.

Level on points with Roma but leading the early standings is Napoli, on a high after netting nine times ahead of Sunday's trip to Fiorentina.

Newcomer Khvicha Kvaratskhelia has bewitched supporters with two sublime attacking displays against Verona and Monza but the Viola - in Conference League action at FC Twente on Thursday -- is an altogether trickier proposition.

Inter Milan gets the ball rolling on Friday at Lazio, another team that has been tipped to trouble the top four, while champion AC Milan hosts Bologna with rumors swirling that Chelsea might make a late bid for star winger Rafael Leao.

Key stats:
5 - The number of league titles Dybala won in seven years at Juventus.
3 - Kvaratskhelia has netted three times and set up another for Napoli.