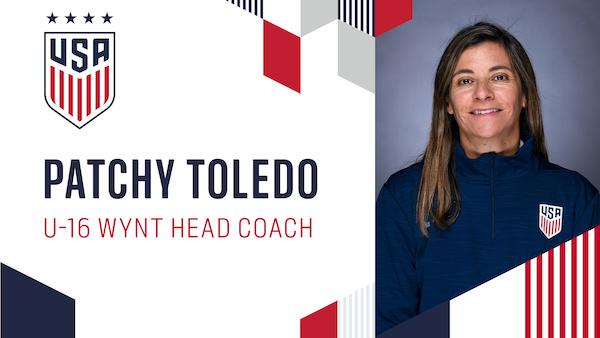 With the hiring of the Brazilian Patricia “Patchy” Toledo, who's spent many years in the USA, for the first time in history all full-time women's youth national team coaches are women.

The 44-year-old Toledo mostly recently coached in Southern California, as head coach of Albion SC's U-18 and U-17 Girls Academy teams and the WPSL's SoCal Dutch Lions.

Toledo's playing career, in addition to time with Corinthians, Palmeiras and Flamengo in her native Brazil, included WPSL ball with San Diego United and stints in Iceland and England. She played college ball at the University of West Florida, where she earned All-South Region honors her senior year of 2006. She originally connected with Albion while playing in the WPSL and returned from coaching Brazil and Spain.

“Patchy’s experiences coaching and playing around the world bring a unique, exciting perspective to our program," said U.S. women's national General Manager Kate Markgraf. "As our WYNTs return to full programming coming out of the pandemic, she’s a great fit to lead some of our youngest national team prospects at the U-16 level.”