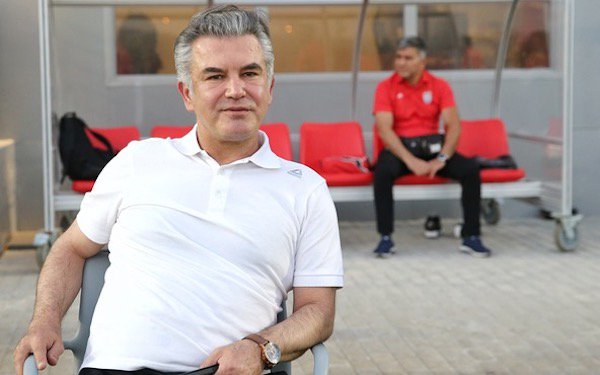 Iran’s national team boss has said his team will be putting politics aside when it plays the USA in its final World Cup group match in Qatar.

Hamid-Reza Estili, who scored in his country’s famous 2-1 victory over the USA in Lyon at France '98, believes relations between the two countries have moved on from the cauldron atmosphere of 24 years ago.

The 55-year-old is hoping a repeat of that politically charged win when the two teams meet at the Al Thumama Stadium in Doha on Nov. 29.

Estili, who is Iran’s general manager, said: “I am well aware of sensitivities of a match against the U.S. and psychological pressure it may have on a player.

“Having said that, this match carries less of sensitivity than the one 24 years ago as circumstances have changed. The world around us has changed.

“We will go to Qatar for football and are not concerned about politics. We play the United States last in our group and hope to be in a position that a repeated win against them will propel us to the knockout stages of the World Cup for the first time ever.”

Talking about that win against USA in Lyon, he said: “I remember our encounter against the United States in 1998 as if it was yesterday. I played and scored in that match.“

Just as memorable was the friendly match at the Pasadena Rose Bowl in 2000 which ended in a 1-1  draw --  the first time Iran had played on American soil since the 1979 revolution. The match took place amid strained relations between the two countries, and it was touch and go whether it would go ahead.

“I also played in that match, which is some ways was more significant than our France '98 match," said Estili.

Estili hopes Team Melli’s underdog status will cause an upset in its World Cup opener against England, which he describes as a “football world power”

“Our biggest strength against an opponent like England is our own players’ motivation, determined to give a good account of themselves and, as a whole, our ‘Team Melli’ on the world stage. We have shown in the past that we can elevate our performance against much tougher opponents. Hopefully we can rise to the occasion this time around”.

But the team was recently thrown into chaos when head coach Dragan Skocic was sacked, only to be re-instated six days later amid reports of splits among players.

Incredibly, England and Iran have never met at senior level, and Estili said the group match in Qatar will be first time his country have played against a ”football world power” in an opening World Cup match – since losing 3-0 to the Netherlands in 1978.

“As such, the excitement in Iran is many folds more than what you may experience in England. English football has a great following in Iran as the place where football was born. The Premier League and its exciting brand of football is followed with intense passion by our fans. There are English fan clubs in Iran who follow every step of those clubs and their players. The football passion in Iran is unrivaled and surpasses that of England, if you can believe it. So, you can imagine what it means for us to play England, at the senior level, for  the first time ever and, of all occasions, our first game of a World Cup!” 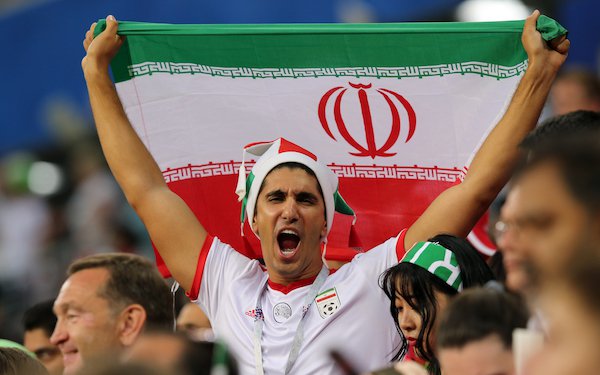 The final team in Group B are Wales, whose star player, Gareth Bale, joined Los Angeles FC in July and has scored 38 goals for his country.

But Estili believes Wales are not just a one-man team.

“Wales qualified for the World Cup on the strength of their teamwork and attitude and not a single player,” he said.  “If we concentrate too much on Gareth Bale, we will disregard their real strength of teamwork”.

He believes that for Iran, it is the toughest of all eight groups because Wales was placed lower than it should have been.

Due to the war in Ukraine, Rob Page’s men were only able to complete the UEFA playoffs and qualify in June – two months after the draw for the tournament was made. As a result, Group B does not include a seed 4-tier team.

“Had Wales qualified ahead of the draw, they would be placed in seed 1," says Estili. "So we have a seed 1 team, and two seed 2 teams as well as ourselves, a seed 3 team."