Joe Scally on Bayern-Gladbach: 'It's just one of those games that players live for' 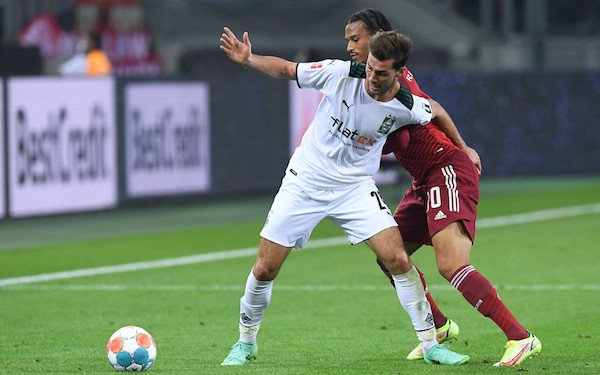 On Saturday, Bayern Munich hosts Borussia Moenchengladbach, an opponent that has had its measure in recent seasons.

While Bayern has won 10 titles in a row, no Bundesliga team has had more success against it than 'Gladbach over that period.

In the 10 years since a team other than Bayern lifted the league trophy, Gladbach and Munich have won nine games each, with four draws.

Last season, Gladbach beat Bayern 2-1 at the Allianz Arena and drew 1-1 at home, but it was its 5-0 drubbing of the 32-time German champions in the German Cup which really rankled the Bavarians.

New Gladbach coach Daniel Farke, who twice won promotion to the Premier League with Norwich, said on Thursday taking on Bayern in Munich was "perhaps the biggest challenge in European football,"

Farke said he doesn’t "think Bayern is afraid of Gladbach" and suggested his team’s recent record may be a disadvantage.

"You can’t buy anything with past successes - quite the opposite. Bayern Munich’s senses will be particularly sharpened now."

Gladbach’s American defender, Joe Scally, who made his Bundesliga debut against Munich last season, told AFP on Thursday that meetings with Munich were the highlight of his side’s calendar.

"It’s just one of those games that players live for."

Bayern have silenced talk it may miss the departed Robert Lewandowski by scoring 20 goals in four competitive games so far this season.

Bayern midfielder Joshua Kimmich said his side had "not only gotten better across the board, but (we’ve improved) up front."

"It's a lot of fun at the moment because there's a lot of energy in the squad." 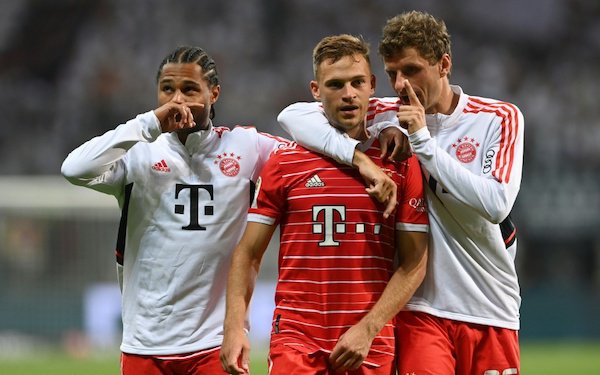 New Werder Bremen recruit Oliver Burke might not finish the end of the season with the most goals in the Bundesliga, but it’d be hard to find goals more important than those the Scotsman has scored so far this season.

After the Dortmund match, Burke suggested he was feeling at home in the Bundesliga, telling Deutsche Welle "It is different gravy here with the fans and it's completely different to back in England.”

“They have the drums and it's all going off all game. The Werder Bremen fans are amazing."

Burke, 25, who was dubbed "the next Gareth Bale" as a teenager, has endured a difficult time in recent seasons, bouncing from six different clubs in four different leagues since his unsuccessful one-year stint at RB Leipzig in 2016.

Burke will no doubt be hoping that the stability offered by Bremen and the tutelage of Coach Ole Werner will allow him to deliver on his considerable promise.

americans abroad, international
1 comment about "Joe Scally on Bayern-Gladbach: 'It's just one of those games that players live for'".
Next story loading