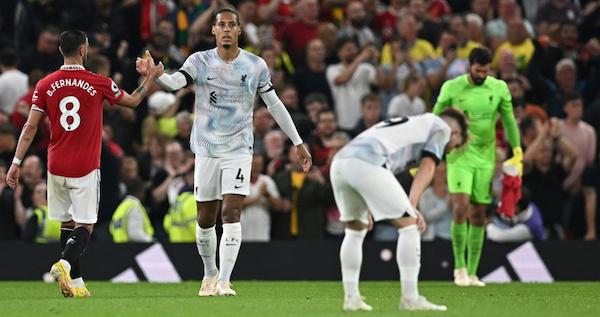 Troubled Liverpool will be desperate to get its first win of the Premier League season when it faces Bournemouth on Saturday.

As the Reds splutter, leader Arsenal, which hosts Fulham this weekend, has emerged as the Premier League's only team with a 100 percent winning record after three games.

Liverpool must stop the rot. Just months after coming within two games of an unprecedented quadruple, Liverpool suddenly looks vulnerable after making its worst start for 10 years.

Jurgen Klopp's team was denied the Premier League title by Manchester City on the last day, then lost the Champions League final to Real Madrid, leaving it with the FA and League Cups as consolation prizes for its tilt at soccer immortality.

At present, Liverpool, beset by injuries, is suffering a heavy hangover from its nearly-historic season.

Unusually error-strewn draws against Fulham and Crystal Palace were followed by Monday's shock 2-1 defeat at Manchester United, which ended its own spluttering start with a dynamic display that exposed the fault-lines in Klopp's team.

The sight of James Milner giving Virgil van Dijk a tongue-lashing after Jadon Sancho scored United's opener was a jarring insight into the stresses of Liverpool's current predicament.

Toothless in attack without Sadio Mane, now at Bayern Munich, and the suspended Darwin Nunez, Liverpool was out-fought in midfield and creaky at the back.

Facing promoted Bournemouth at Anfield offers an opportunity for Liverpool to get back on track, one they must take to avoid falling even further behind in the nascent title race.

Arsenal urged to keep calm. As optimism grows in north London, Oleksandr Zinchenko has warned Arsenal not to get carried away by its surprising surge into pole position.

The Ukraine left-back knows exactly what it takes to thrive in the Premier League after his successful spell with champions Manchester City.

Having made the switch to Arsenal in the offseason, Zinchenko and fellow former City star Gabriel Jesus have made an immediate impact on Mikel Arteta's side with their wealth of title-winning experience. 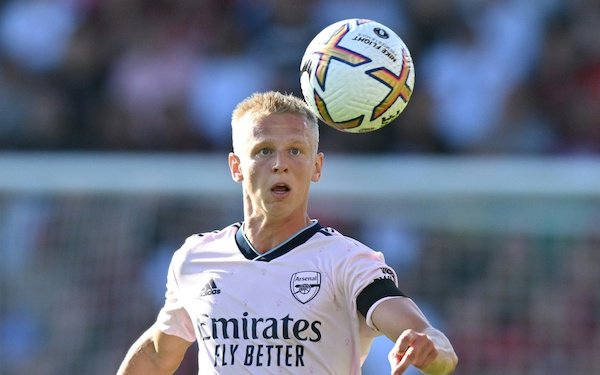 Arsenal has won its opening three matches for the first time in 18 years. But after last weekend's eye-catching 3-0 win at Bournemouth extended Arsenal's perfect opening, Zinchenko was at pains to urge his teammates to keep their feet on the ground.

"It's just the beginning of the season. There's a lot of games ahead of us, there's a lot of things to improve," Zinchenko said ahead of Fulham's visit to the Emirates Stadium on Saturday. "We need to analyze what we have done well, what we should improve, what we should change and we know the manager is going to tell us. We need to show our best performance every single week."

Tuchel's Chelsea feeling the strain. From touchline rows with rival managers to blaming buses for defeats, Thomas Tuchel has cut an agitated figure during Chelsea's chaotic start to the season.

Frustrated by Chelsea's failure to kill off Tottenham in a stormy draw, Tuchel earned a one-game ban after twice clashing with Antonio Conte.

A week later, Tuchel was hot under the collar again as the German made the bizarre claim that a travel snafu which forced his coaching staff to travel to Leeds by bus was partially to blame for a dismal 3-0 defeat. 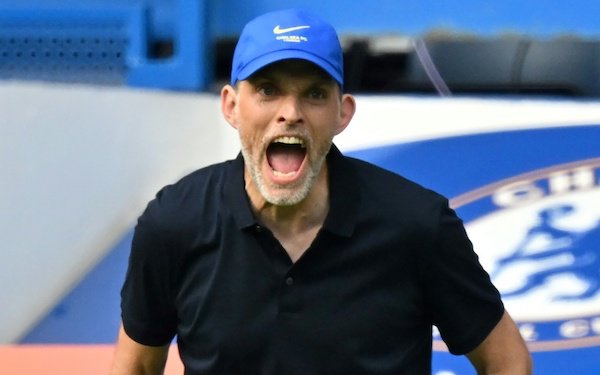 With only one win from their first three games -- and that a narrow 1-0 success at struggling Everton -- Tuchel is showing signs of cracking under the strain.

He risked locker room discontent with a critical assessment of his team's defending and keeper Edouard Mendy's costly blunder against Leeds.

In the circumstances, Leicester's visit to Stamford Bridge on Saturday could be perfectly timed as the Foxes have endured an even worse start.

Brendan Rodgers' winless team is second bottom, with Wesley Fofana left out amid Chelsea's attempts to buy the center-back and James Maddison linked with a move to Newcastle.