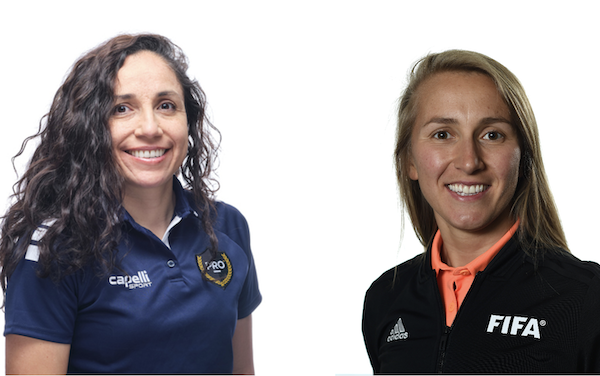 U.S. referees Felisha Mariscal (left) and Ekaterina "Katja" Koroleva are among the 16 Video Assistant Referees (VAR) assigned to work at the 2022 U-17 Women's World Cup in India (Oct. 11-30). The tournament marks the first U-17 World Cup to use Video Review.

Washington state-based Koroleva, who was born in Russia and raised in Iowa, has refereed two NWSL finals and at the 2016 U-17 Women's World Cup, and served as 2019 Women's World Cup fourth official. At this year's Concacaf W Championship, she served as referee, fourth official and VAR. She was also a VAR at the Concacaf U-20 Championship. Koroleva is a Emergency Medicine Physician Assistant.