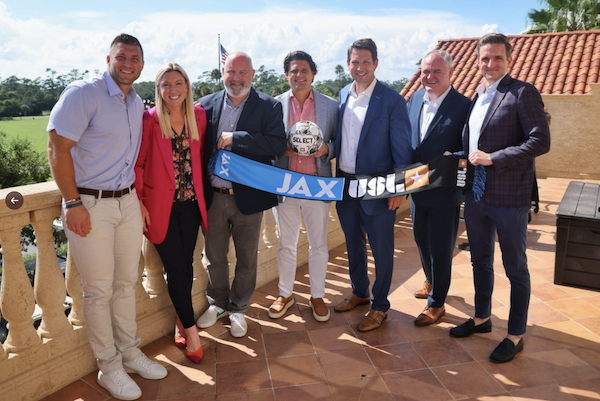 A Jacksonville consortium has acquired rights to launch USL men's and women's teams in the Florida city aiming to launch in 2025. The ownership group is led by venture capitalist Ricky Caplin. It includes Tim Tebow, who while homeschooled played high school football in Jacksonville before winning the Heismann Trophy for his feats at nearby University of Florida. He's also famous for trademarking "Tebowing," his prayer-pose celebration popularized during his 2011 Denver Broncos season.

The group has promised to share details about plans for a 15,000-capacity stadium and a training facility in the coming months. JAXUSL also announced a partnership with the Florida Elite Soccer Academy, a youth club of 10,000 that fields a U-23 men's USL League Two team and a U-23 USL W League team.

"This is a fantastic and exciting development for our community here on the First Coast.," Tebow said in a statement. "I’m thrilled to be part of the new ownership group that seeks to bring some incredible pro teams and world-class facilities to our area that will be accessible to the whole community. I’d like to thank Ricky, Steve and Tony for presenting this opportunity, which I look forward to being directly involved in, and with my Foundation.”

Jacksonville is considered an attractive market for pro soccer. The NASL's Tea Men moved from New England in 1980. The Armada was a late entrant in the second version of the NASL, also playing three seasons before the league's demise after the 2017 season. The Armada still operates a U-23 team in the NPSL and has been working with the city of Jacksonville on a downtown stadium project for several years, making it an attractive target for MLS Next Pro.

“This is an extraordinary opportunity for the USL and Northeast Florida," said USL COO & Chief Real Estate Officer Justin Papadakis. "We know the incredible sports fans of Jacksonville and the First Coast will really support their pro soccer club and make it their own. Ricky Caplin, Tim Tebow, Steve Livingstone and Tony Allegretti form a world-class leadership team with deep ties to this community and unmatched vision. The club’s relationship with Florida Elite Soccer Academy provides myriad advantages on both the community and soccer sides which positions the club for long-term success.”