Serie A: Milan clubs face off with one eye on Champions League 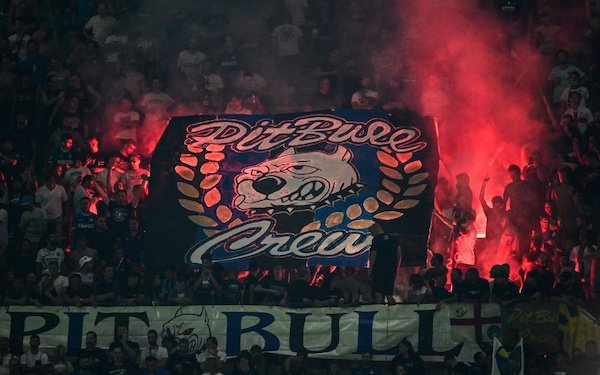 In the small break between the transfer window shutting and the Champions League group stage starting, Serie A frontloads its weekend schedule with last season's top four in action on Saturday.

After nine seasons of Juventus domination, the Milan rivalry became decisive again in the last two seasons, as each club won a title and finished runners-up.

Inter did a lot of its big business early in the transfer window.

Milan was still stuffing stars in its Prada bag right up to Thursday's deadline, with Belgian midfielder Aster Vranckx joining from Wolfsburg and American Sergino Dest coming in on loan from Barcelona. Yet the biggest Serie A acquisition of the summer was AC Milan itself, bought on Wednesday by investment fund RedBird for a reported 1.2 billion euros (1.3 billion dollars).

In Europe, Milan travels to Salzburg on Tuesday. Inter has 24 hours longer to prepare and is at home against Bayern Munich.

Inter will likely be without star signing Romelu Lukaku, who missed Tuesday's win over Cremonese with a thigh injury. Coach Simone Inzaghi made several unforced changes and indicated he will rotate again.

"We're going to have back-to-back games for a while now and it's not easy to recover all your energy," he said.

But he promised he would not take the derby lightly.

"It's an important game, both for us and our fans."

Juventus will have an eye on Tuesday's visit to Paris Saint-Germain.

In Serie A, Juve beat Spezia 2-0 on Wednesday with one of its marquee summer signings, Arkadiusz Milik, coming off the bench for the last five minutes and scoring.

"When everyone is fit we will be a good team," the Pole said after his debut.

Leandro Paredes, who joined on loan from PSG earlier on Wednesday, could figure in Florence.

The early season pace-setters are in action later in the weekend. Roma visits mid-table Udinese on Sunday. The next evening Atalanta is at last-place Monza.

Many fans are rude, but the unusually narrow Artemio-Franchi Stadium puts supporters only inches away from the visiting dugout.

"Shall we talk about the rudeness of the Fiorentina fans who are behind the bench?" Spalletti asked on broadcaster DAZN. "There are some back there who offend you from start to finish. They have children sitting right next to them, and I cannot even repeat what they said. They start insulting your mother constantly. My mom is 90 years old. Leave her alone."

It might be a local difference. Florence is the capital of Tuscany. Spalletti is a Tuscan, from nearby Certaldo. So is Saturday's away bench guest, Allegri, who is from Livorno, a little more distant on the Tyrrhenian coast.

Home fans might also be encouraged because Fiorentina beat visiting Juventus in the final game of last season.