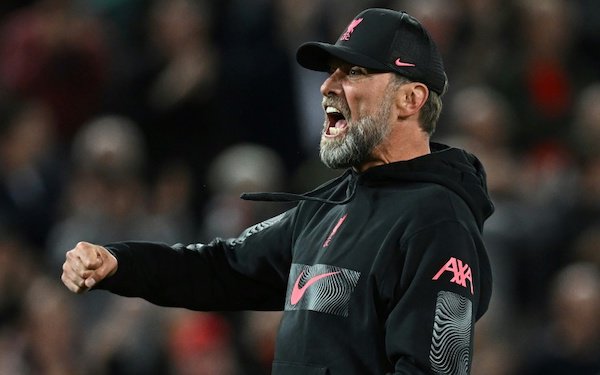 Bolstered by one of its "best nights," Liverpool will look to pile fresh misery on Merseyside rival Everton this weekend.

Surprise leader Arsenal travels to Manchester United aiming to extend the only perfect record in the Premier League this season, while Thomas Tuchel searches for answers to Chelsea's struggles.

Liverpool revival gathers pace. What a difference a week has made for Liverpool as the angst sparked by the three-match winless run has been replaced by the more familiar sight of Jurgen Klopp punching the air in front of a jubilant Kop.

When a pair of lackluster draws against Fulham and Crystal Palace were followed by a dismal defeat at Manchester United, the Liverpool boss faced some difficult questions about his injury-hit team's struggles.

But the critics have been silenced over the last seven days as Liverpool hammered Bournemouth 9-0 to equal the Premier League's record win, then stole a 2-1 victory against Newcastle thanks to Fabio Carvalho's opportunistic strike with virtually the last kick of the game.

Releasing the pent-up frustration of Liverpool's shaky start, Klopp celebrated wildly on the pitch after Carvalho's goal, to the delight of fans all around Anfield.

Now Klopp wants Liverpool to channel that emotion into another winning performance on Saturday at Goodison Park against an Everton team still waiting for its first league victory this season.

"It's a massive boost from a frustrating night," Klopp said. "One of the best nights we ever had, that's how football is. But we have to make sure we use these two days really well. The last two games we got six points, but we have to improve. It will not be that Everton open up for us now. We know it will be tough so we have to be ready."

Arsenal must find killer instinct. Granit Xhaka has urged his Arsenal teammates to show the killer instinct required to maintain their blistering form.

Ahead of Sunday's intriguing test at Manchester United, Mikel Arteta's side sits two points clear at the top after five successive wins.

But their last two matches -- a hard-fought 2-1 victory over Aston Villa on Wednesday and a gritty success by the same score against Fulham four days earlier -- have left Xhaka concerned about Arsenal's ability to turn territorial dominance into easy wins. 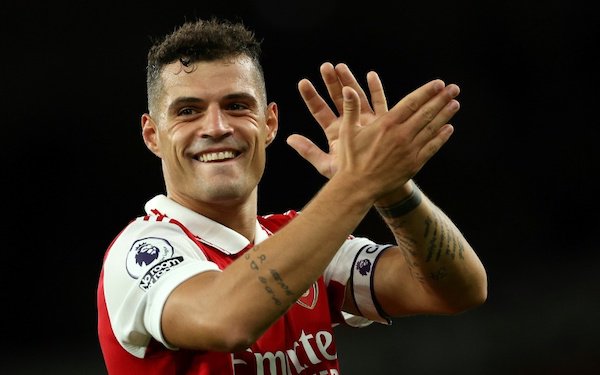 The Swiss midfielder is impressed by Arsenal's spirit, but wants them to show a ruthless edge to avoid the need for more late drama.

"We have to learn, you can't always concede and come back like against Fulham or Villa, we have to try to finish and to kill the game before that," Xhaka said.

'No excuses' for Chelsea slump. Tuchel insists there are no excuses for big-spending Chelsea's troubled start to the season.

The Blues suffered their second defeat in five league games as they blew the lead in a 2-1 loss at Southampton on Tuesday. Coming so soon after a wretched 3-0 reverse at Leeds, Tuchel felt compelled to question his players' mental toughness following the Southampton debacle.

Chelsea its already eight points off the top and, aware his summer spending spree on new signings could have unsettled the squad, Tuchel called for renewed focus ahead of Sunday's London derby against West Ham.

Asked if the change of ownership from Roman Abramovich to the Todd Boehly-led consortium could still be having a lingering effect, Tuchel said: "Yeah, maybe, but we know the line is so thin between excuses and explanations. So I better not go down this road, because I don't want to give anybody any chance, myself, players, staff, any room for excuses. We need to find solutions, I think what will help is the closing of the transfer window. Then we will know who has full commitment and what role does everybody need to play."