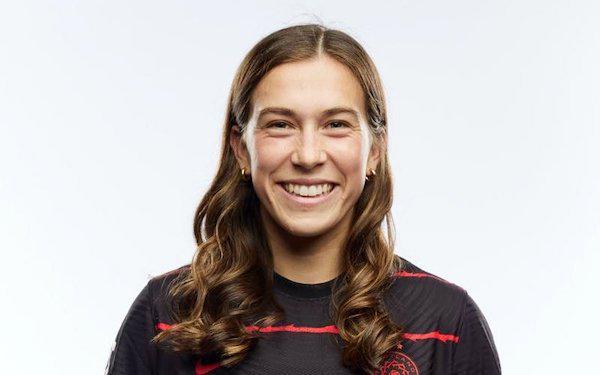 In her first NWSL season, midfielder Samantha (Sam) Coffey  has secured a starting spot for the first-place Portland Thorns and received her first call-ups to the U.S. national team.

FAMILY. Born in New York City and raised in Sleepy Hollow, New York, Sam Coffey is the youngest of Wayne Coffey and Denise Willi’s three children. Her father is a longtime sportswriter (including with the New York Daily News 1985-2015) and author who's written more than 30 books, including his co-authoring of Briana Scurry's memoir "My Greatest Save" and Carli Lloyd's "When Nobody Was Watching."

Her sister Alex, 29, is a Philadelphia Inquirer beat writer covering the Phillies. Brother Sean, 27, is a morning anchorman at TV station PA-WBRE in Wilkes-Barre/Scranton. He was previously a sports reporter.

YOUTH SOCCER. Coffey played club soccer for Match Fit Academy and New York Soccer Club. She attended the Masters School, where she was a two-time team captain and three-time league player of the year. She scored 100 high school goals and was named team MVP for all four years of her high school career.

COLLEGE. Coffey played five seasons in college, spending the first two seasons at Boston College before transferring to Penn State for the remainder of her collegiate soccer experience. She racked up copious accolades, starting in 2017 when she was named to the All-ACC freshman team and Boston College Freshman Scholar-Athlete of the year after finishing the season with five goals and ten assists. The following year, Coffey upped her play, leading her team in both goals (12) and assists (14). She was named a first-team All-American, ACC Midfielder of the Year, and MAC Hermann Trophy semifinalist.

Coffey continued to play well after switching schools, finishing her first season as a Nittany Lion with 11 goals and 10 assists and earning a First-Team All-Big Ten honor. Coffey started all 16 games of her senior season, tallying six goals and 12 assists. Her 12 assists were third-most in the country and she scored three straight game-winning goals. She won Big Ten Midfielder of the Year and repeated as a member of Big Ten and Regional first teams.

Although the Portland Thorns drafted her in the second round of the 2021 NWSL draft, Coffey stayed at Penn State to play her extra year of eligibility (due to COVID-19) in fall 2021. She racked up eight goals and eight assists, becoming the 50th NCAA Division 1 soccer player to score a career 40 goals and 40 assists.

NATIONAL TEAMS. Coffey was a part of the U.S. youth national teams from the U-18 to U-20 levels, captaining the team for the latter two levels. She was part of the U.S team for the 2018 Concacaf Women’s U-20 Championship but didn’t make that year’s U-20 World Cup roster. Coffey earned her first full national team call-up in June 2022 for friendlies against Colombia and was  an injury replacement for Conacaf W Championship. An unused sub during both, she's got a shot of making her debut in early September friendlies against Nigeria. 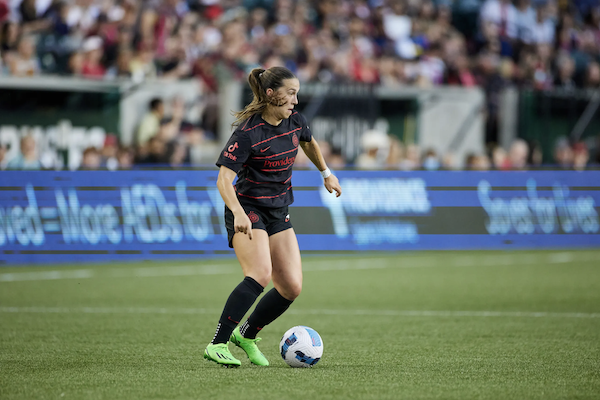 PROFESSIONAL SOCCER. Coffey has quickly adapted to the NWSL, playing in 14 of the Thorns 15 games and starting all but one. While Coffey played more as a central or attacking midfielder in college, she has been playing as more of a defensive midfielder in her first professional campaign. She has yet to score her first NWSL goal and has one assist. She was NWSL Rookie of the Month for June, a testament to how well she has been playing in the heartbeat of Portland’s midfield.

COACH SAYS: “She’s always light and bright energy, and when she hits the field she’s a playmaker. I’ve changed her position, she just gets her head down and gets to work, she shows up with clips she wants to watch, asks very specific questions.” — Thorns head coach Rhian Wilkinson.

COFFEY SAYS: “The year has definitely exceeded my expectations. I feel so fortunate to be a part of a club like the Thorns and learn from the staff, to be around the players that I’m around every day. I attribute the success to that and just being around excellence all the time. When you have the Beckys [Becky Sauerbrunn and Janine Beckie], and Klings [Meghan Klingenberg], and Sincy [Christine Sinclair] and Crystal [Crystal Dunn] and so many others you get to play with every day, you’ve got to show up; there’s no off days.”