USA-Nigeria: Next year's World Cup is very much on USWNT's mind 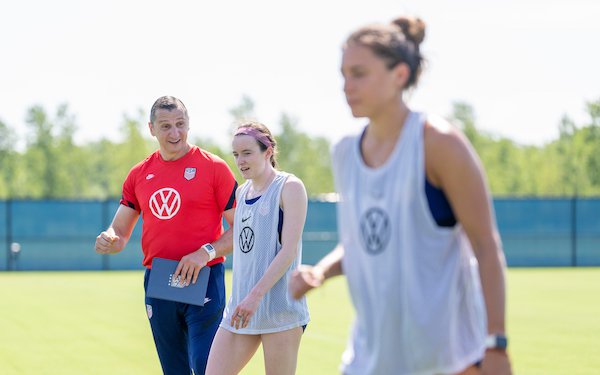 The USA plays its first friendlies since winning the Concacaf W Championship when it hosts Nigeria in a two-game series, beginning with Saturday's match at Children’s Mercy Park in Kansas City.

The Americans won all five matches in Guadalajara to extend their streak of shutout wins to eight games and their unbeaten streak to 19 games since they lost to Canada in the semifinals of the Tokyo Olympics women's soccer competition.

U.S. coach Vlatko Andonovski saw no reason to make changes from the team that won the new Concacaf championship. All 23 players on the original roster for the Nigeria friendlies were in Guadalajara. Since it was announced, two Washington Spirit players -- Trinity Rodman (family commitment) and Kelley O'Hara (injury) -- dropped out.

"All the players on the roster performed well in Mexico at qualifying and have carried that form for their clubs," Andonovski said, "so we'll continue the process of growing as a team with this group in what will be two challenging games against Nigeria."

Still missing are Tierna Davidson and Catarina Macario, both sidelined with knee injuries suffered after they led the USA to the 2022 SheBelieves Cup title. Sam Mewis and Lynn Williams, who both play in Kansas City for the Current, are out for the season with injuries, and Abby Dahlkemper has been beset by injuries in 2022 and is not with team.

Alex Morgan and Megan Rapinoe both returned for the first time since last fall for the Concacaf W Championship in July, but other two-time world champions like Christen Press, Tobin Heath and Julie Ertz (on maternity leave) have not played in 2022. One player back with the team is Crystal Dunn, who gave birth in May, and is in camp for training purposes only. 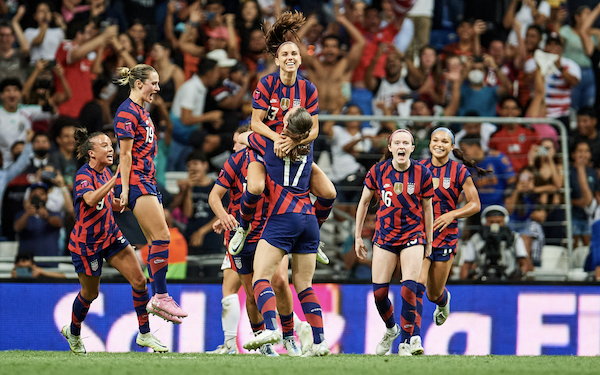 “Crystal is someone that will be a very, very important player for us going forward if she can get back anywhere close to her best because of how good she is on the field," said Andonovski before the camp opened, "but also her experience and leadership qualities off the field will be important for the younger group that we have."

"The reason they're here is because of their performances throughout the whole season or majority of games," said the U.S. coach on Friday's media call to preview the match in Kansas City. "They came in with a very good attitude, very good mentality. I think they are very good players and hopefully we can see them on the field and get some minutes."

Realistically, Andonovski has a pool of about 35 players under consideration for next summer's World Cup in Australia and New Zealand. The USA doesn't yet know how many players FIFA will allow teams to take -- 23 (like in 2019) or 26 (like at Qatar 2022) -- yet Andonovski isn't stressing about it.

"As of right now, we're preparing for 23," he said. "I haven't thought of whether 23 is better or 26 is better because, regardless, I'm going to have to follow the rule, whichever it is. And I don't want to overwhelm myself with things that I can't control."

Still, the World Cup is very much on Andonovski's mind.

"These games are strictly preparation for the World Cup," he said. "So one of the things that we want to see is consistency in the lineup. We want to see consistency in certain groups, players playing together, for a good amount of minutes playing together. We're going to try to work on cohesion, understanding movements between two players or groups of players. And with the challenges that Nigeria is going to present, we're going to have an opportunity to work on certain things in smaller groups."

Opponent. In July, Nigeria joined the USA in qualifying for the World Cup for the ninth straight time, but its African dominance appears to be over as it finished fourth at the 2022 Africa Cup of Nations behind South Africa, host Morocco and Zambia, which beat the Super Falcons, 1-0, in the third-place game.

• Super Falcons head coach Randy Waldrum is also the head coach at the University of Pittsburgh. He led Notre Dame to two national titles and also coached in the NWSL with the Houston Dash. One of his assistant coaches is Lauren Gregg, who was as assistant coach when the USA won the 1991 and 1999 Women’s World Cups and was the U.S. interim head coach for three games in 2000. 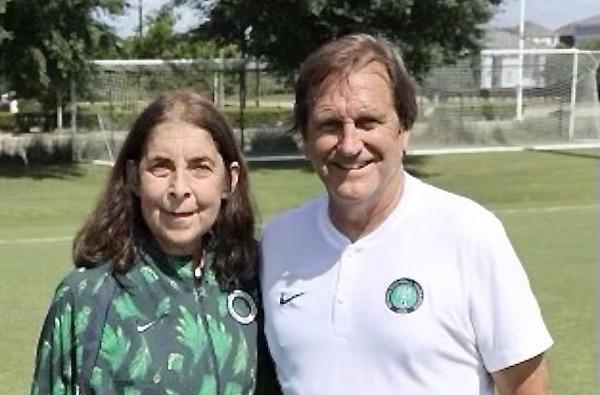 • Only 12 of the 26 players Nigeria took to Morocco for the Africa Cup of Nations are in Kansas City. The most notable absence is that of 2022 Ballon d'Or nominee Asisat Oshoala, who injured her knee in the opening match against South Africa but has returned to training at Barcelona. 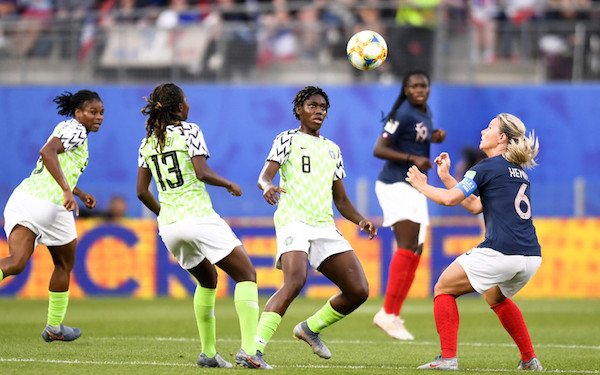