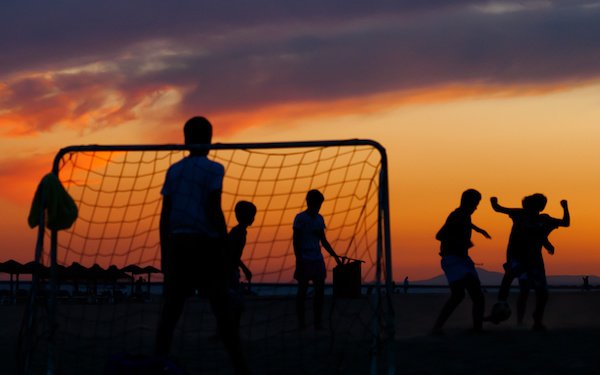 This was the slogan we as the Soccer Development Department of the Turkish FA had generated in 2008 for the Developmental Academy leagues that started the same year. The fields that the games were played on were branded with this slogan. In the DOC/Academy Directors courses the slogan was explained to the participants and how it could help their academy programs. Individual clubs were encouraged to come up with a set of values for their clubs to reflect the goals of the slogan.

Did we succeed in creating a different culture in those clubs? The answer is a clear NO. After I left the Federation in 2010, the slogan died out and was forgotten. Because I with a small group of employees of in the Federation tried to mandate a cultural change. Most of the employees, even a majority of the Board, did not believe in the message that the slogan tried to convey. We could not internalize the message of the slogan in the Turkish soccer landscape.

So today we see players who were academy players in those years who try to mislead the referee when they feel a small contact on their face and pretend as if they were being shot to get a card for their opponent or try to simulate a foul to get a penalty kick. The list goes on. They are not good persons even though they might be good players. Very few of them are involved in any social responsibility projects even though they make a fortune through soccer. So, they are not good citizens, but they are good players. They grew up with the culture of winning at all costs.

This is not anything peculiar to any country. You can see similar scenes in our soccer landscape. In other countries, the pressure to win at all costs usually comes from the coaches and/or clubs, unfortunately in our landscape it also comes from the parents.

Yes, there are exceptions that seem to reflect what the slogan wants to convey. Altinordu FC, a major youth academy from Izmir, Turkey, and a First Division professional club later adopted the slogan. Altinordu FC has developed players like Caglar Soyuncu (Leicester City), Cengiz Under (Marseille) and Burak Ince (Arminia Bielefeld). You can see the slogan on all their facilities, and the owner Seyit Mehmet Ozkan gives an ultimate importance to the message it conveys which can be seen in the players’ actions and deeds on and off the field. That is a club culture enforced on to the players by the owner of the club.

Another example: The Turkish media was shocked when pictures were distributed of the players of Kobenhavn FC cleaning up the dressing room in Trabzon after their playoff game in the Champions League. It is clear that the players were trying to be good citizens as well as good players. It was in their club culture. Japanese MNT players did the same thing after their last game in World Cup 2018. This time I - who had spent some time in Japan – can say that it is engraved in their national culture.

These are some examples from the professional game. The slogan is appropriate for the grassroots youth game also. One can even say it is more appropriate in our soccer youth landscape than anywhere else.

What could a parent or a coach expect from a recreational player? To play for the competitive team, to play for ODP, to play for the travel team, to play for one of the top-level youth leagues in the country, to get a college scholarship, to play for one of the age group national teams, to sign a professional contract.  Going up this ladder is very difficult and the chances of reaching the last steps of the ladder are very slim, less than 2%. For players, playing soccer is fun and is a medium for socialization, but for parents and coaches there should be another goal other than trying to develop “good players” since most of them will never be “good players” that the system expects and defines.

The parents and coaches should use soccer – or any other sport – to develop the characters of the players so that they can be “good persons” and “good citizens.” The parents should insist that clubs have the appropriate culture to develop the character of their kids along with an appropriate player development curriculum. For parents, developing their kid’s characters should be as important as their kids getting good playing time; then their investments will be worthwhile.

There are many good examples of a positive club culture in our soccer landscape. One of them is Urban Leadership Soccer Academy in San Antonio, which focusses on the underprivileged group of kids. Its founder, the ex-mayor of San Antonio Ed Garza, summarizes the mission of the academy with the following words: "Our push, our desire -- if we had a magic wand -- would be to influence the youth soccer landscape, even at a national level, to pick up not only the lessons learned to approach and be accessible to underserved communities, but to also provide the added value of enrichment and education programs that will transform their lives even if they don't make it at soccer as a professional player or play at the collegiate level."

I was never a “good player,” but I believe I was always a “good person” and a “good citizen”. I attended some of the best educational institutions in Turkey and the USA. I attribute whatever success I had in life to the values that I borrowed from my parents and what I learned through sports more than what I learned in various schools.

My advice to parents is that the chances of your children to be “good persons” and “good citizens” is far bigger than them becoming “good players” if you choose a club that values character development as well as player development.