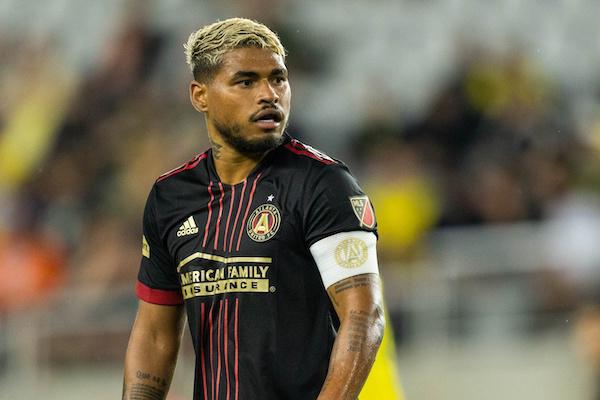 Atlanta United has handed its all-time leading scorer, Josef Martinez, a one-week suspension for "conduct detrimental to the team." Felipe Cardenas of The Athletic cited sources who said Martinez entered the visitors' locker room after Atlanta United's 2-1 loss at Portland and knocked over a catering table ("there’s chicken and rice all over the locker room").

The sources added that Atlanta coach Gonzalo Pineda entered the locker room after the disruption and he and Martinez "had to be physically separated."

The 29-year-old Venezuelan, who joined Atlanta for its inaugural 2017 season, has scored 97 regular season and five postseason goals, and was the 2018 Golden Boot winner (31 goals) and MVP during Atlanta's 2018 MLS Cup-winning season. He followed up with 27 goals in 2019 before a series of knee surgeries limited him to one game in 2020. He scored 12 goals in 2021.

This season Martinez, who missed seven weeks after another knee surgery, has eight goals and four assists while starting 12 of the 22 games he appeared in. Pineda took the helm in the middle of 2021 season.

In Sunday's loss at Portland, Martinez came on for Ronaldo Cisneros in the 63rd minute and scored Atlanta's lone goal in the 88th minute.

The suspension will keep Martinez out of team activity this week and sidelines him for Saturday's game against Toronto FC. He’s scheduled to re-join the team on Monday.