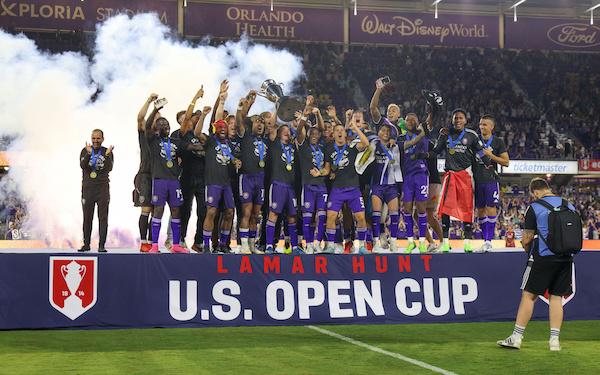 Winning without goals worked for Sacramento Republic when it won its U.S. Open Cup semifinal with a shootout at home over Sporting Kansas City after 120 minutes of scoreless soccer. That marked the third MLS team that the USL Championship club from California's capital defeated en route to the final, after more impressive victories over the LA Galaxy (2-1) and the San Jose Earthquakes (2-0).

But a fourth win over an MLS team proved elusive as Orlando City beat Republic FC, 3-0, to extend MLS's domination in the USA's oldest cup competition to 21 seasons.

Even in the final, 2,900 miles away from home, the tactic of getting as many players in the penalty area as possible to block shots when the foe threatened worked for 75 minutes.

The opening goal came soon after Casey's central defense partner, Lee Desmond, got yellow-carded — and looked to have banged his head quite hard — for clashing into Orlando City goalkeeper Pedro Gallese.

Sac Republic, which ended its Open Cup run on a 240-minute scoring drought, unravelled quickly after conceding its first goal since the quarterfinals.

In the 80th minute, Casey again helped Orlando get on the scoreboard with a reckless (to say the least) sliding tackle from behind on Michel. Referee Ramy Touchan not only didn't caution Casey but he also let Rodrigo Lopez off easy, issuing only one caution despite Lopez repeating his aggressive dissent — screaming into Touchan's face from inches away. Torres converted the penalty kick. 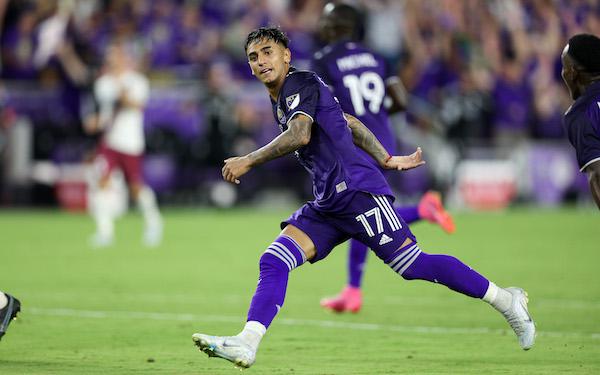 Facundo Torres, one of three Uruguayans who are key Orlando players.

As the USL Championship club ended its remarkable U.S. Open run with a meltdown, Orlando squandered a couple big chances to increase the score before Michel made it 3-0 six minutes into stoppage time.

Sac Republic, while failing to become the second lower division team after the Rochester Rhinos in 1999 to win the Open Cup in the MLS era, will go into American soccer annals for being the fourth non-MLS team to reach the final since MLS's 1996 launch.

For Orlando City, whose predecessor of the same name played in the USL in 2011-14 and won USL Pro titles in 2011 and 2013, the victory marked its first trophy since joining MLS in 2015. It fielded Brazilian World Cup winner Kaka for its first three seasons and went through three coaches — Adrian Heath, Jason Kreis, James O'Connor — without reaching the playoffs until Oscar Pareja took over for the 2020 season, when after finishing runner-up at the MLS is Back Tournament it reached the 2020 MLS quarterfinals. It fell in the first round of the playoffs in 2021.

Orlando City is currently in fifth place in the Eastern Conference and in good position to reach the playoffs with a team dominated by foreign players. The Lions became the first MLS champion to start 11 foreigners in the Open Cup final: three Brazilians, three Uruguayans, one Argentine, one Austrian, one Colombian, one Peruvian and one (U.S. college-educated) Portuguese. 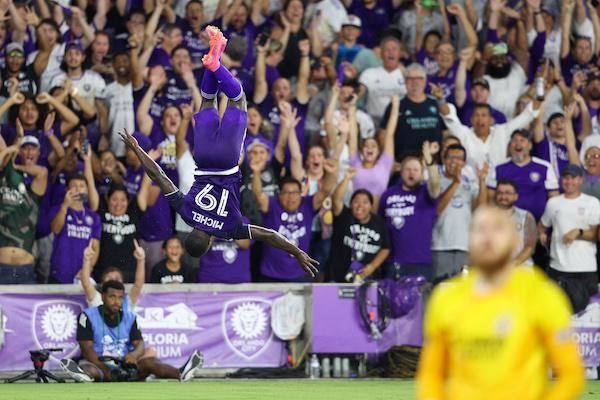 But Wednesday's victory also delivered hometown pride. Michel, a key to all three goals after coming of the bench in the 61st minute, was born and raised in Orlando.

The 24-year-old played for Orlando City's Development Academy team and after three seasons with the University of Portland Pilots signed a Homegrown contract ahead of the 2019 season.

Before the final, Michel said, "It will mean a lot to me and the city, just growing up and watching Orlando in the USL days [before joining MLS in 2015], winning championships. For me to be able to make history with this team, it just means a lot. It goes a long way, especially for my family here." 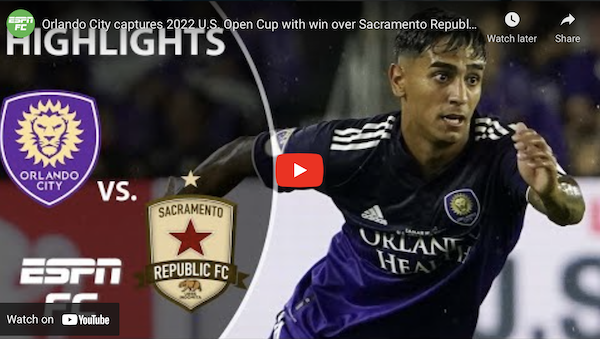