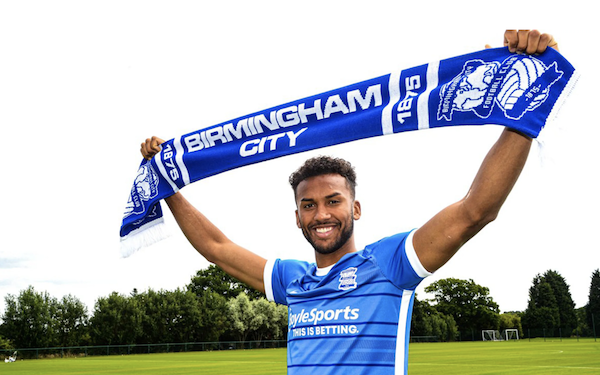 The past two transfer windows have been very busy for American players in MLS. The league’s teams have continued to buy and sell domestic players at levels that were unimaginable less than a decade ago. Given that, some transfers fly under the radar in terms of media attention in the United States.

Auston Trusty, 24, is certainly an example. The Media, Pennsylvania, native transferred to Arsenal from the Colorado Rapids last winter but was loaned back to Colorado through July. Even when it was known that he would be moving to Europe, there was little curiosity about his next destination.

Just days after arriving in Arsenal, it was announced that Trusty would join Birmingham City on a loan. Trusty immediately broke into the club’s starting lineup as its left-sided central defender in a three-man backline and has played every minute of the first eight games.

But for the lack of attention his move received stateside, it has been the opposite in Birmingham. Trusty has become a fan favorite for his consistently strong performances and is regularly the subject of “USA, USA” chants from supporters.

“I am walking around my neighborhood, or I sit down in a restaurant, people come up to me,” Trusty told Soccer America. “Which is pretty cool because in the U.S., people don't really care.

“I feel like everyone here is my family — and they are my first initial family in England. I think the fans respect a player who strives to do well and gives his all. The fans have been a huge part. The guys on the team, the organization all make me feel at home but the fans chanting ‘USA, USA’ - you just want to fight for them.”

"Auston has been brilliant, his attitude is different class, he has stood up to the plate,” Eustace said. “He wants to learn. We are very fortunate to have him here."

Things at Birmingham City have been mixed on the field. The club has had a poor start with just eight points from eight games – good for 21st place in the 24-team the EFL Championship, England's second tier. But Trusty and the defense have not been a problem as the club has conceded just eight goals. The poor start is due to the team’s meager five goals scored.

Part of what has helped make Trusty’s transition to the English successful was the coaching he received in Colorado. Knowing that the move was approaching, the Rapids staff worked extensively with Trusty to help ensure success in England.

Trusty’s path to this point started in 2011 when he joined the Philadelphia Union’s academy and in 2016, he signed a Homegrown deal. By 2018, he was a starting central defender alongside current U.S. international Mark McKenzie. At the end of the 2019 season, he was traded to the Colorado Rapids.

“Playing in MLS plus playing for national teams, I was really prepared for this move and my career here in England,” Trusty said. “There are good players in MLS, there's good players coming to MLS and good players who are up and coming. Overall, I feel great, like I can play. Coming over here, it's more the mental side. You're like: can I play here? ... Playing wise, I think in MLS, when you're up there [at a high level within the league], you can play overseas. It's more of the mental side of the game." 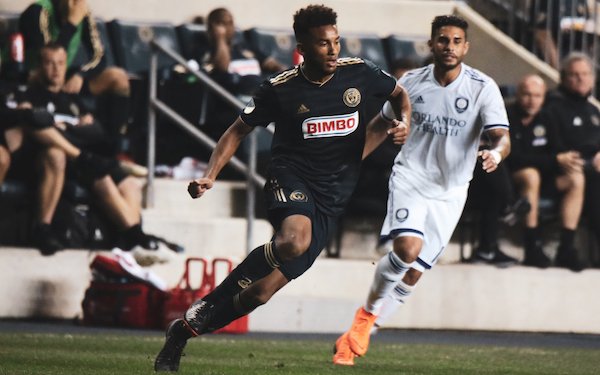 “At Colorado, they were really helpful in getting me prepared mentally, physically, and just how I approach every little aspect of my game, getting ready for this step,” Trusty stressed. “They did a great job.”

It is also easy to see why big clubs were interested in Trusty – a highly athletic, left-footed defender at 6’4” tall whose accomplishments include leading Philadelphia to the playoffs in 2018 and a run to the U.S. Open Cup final. In 2021, he helped Colorado finish first in the Western Conference in the regular season.

The decision to sign for Arsenal was a “no-brainer” for Trusty even if it meant potential loans to start. While some players who have been sold from MLS teams have opted for their first European destination to be outside of the traditional “big five,” Trusty opted for one of England’s biggest clubs.

When asked, Trusty simply put it: “I back myself, I believe in myself” and he believes that eventually he will get a shot with the Gunners.

One of the things that helped Trusty in his transition to the English game also had to do with his teammates. Trusty was expecting an initial cold shoulder as he arrived looking to compete for minutes and perhaps take the place of a more established player. That turned out not have been the case as Birmingham City players have been welcoming from the start.

“I kind of thought guys would be a little bit rough, not really want to talk me, not want to have anything to do with me because I am fighting for a spot, I'm an American — so they wouldn't respect me,” Trusty said. “But honestly, coming in the situation, being with Arsenal and here, everyone was so nice, so friendly, so welcoming, which kind of took me by shock.

“Even when I was in Philadelphia, there was an adjustment for me as a younger player. People weren't that friendly, people weren't that way. I was expecting it to be like that here or worse. ... But in the end, we're here to win.” 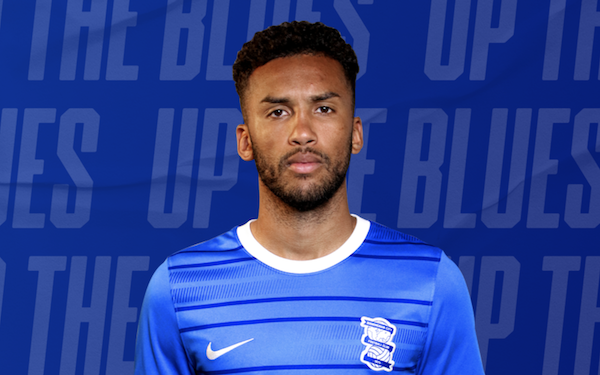 Off the field, Trusty has pointed out that England is starting to feel like home as he has an apartment, a local bank account, a UK phone, and is now comfortable driving on the opposite side of the road.

But he is still reminded by home often, in particularly on the field as there are a growing number of Americans in the Championship and Trusty now gets to play against them somewhat regularly.

In the club’s last game, Birmingham City defeated a Preston North End team that has Trusty’s 2015 U.S. U-17 World Cup teammate Matthew Olosunde on its roster. In the game before that, Trusty was able to play against Josh Sargent in a 1-0 loss to Norwich City. Trusty and Sargent were teammates on the 2017 U-20 World Cup team. Next month, Trusty will have the chance to reconnect with fellow Southeast Pennsylvania native Zack Steffen on a visit to face Middlesbrough.

Potentially in the FA Cup, Birmingham City could face Premier League opponents Leeds United or Chelsea and that would see him play either Christian Pulisic or Tyler Adams, who were his teammates on the 2015 U-17 World Cup team, or Brenden Aaronson, who also came up through the Union academy.

“We all keep in touch because in the end, we are all playing football," Trusty said. "Our lives are a bit hectic but every football relationship in a sense is like: I'll see you when I see you. But the next time you see them, it's like you saw them yesterday. ... It's so cool to see we're really over here doing our things in one of the best football countries in the world. Playing against them, it’s like: I'm proud of you, but also I want to kick your ass. It's a mixture of feelings but after the game it's more like saying: it's so good to see you.”

As a youth player, Trusty was highly regarded. He is part of a limited group of players that has made the rosters for both the U-17 and U-20 World Cups, respectively. Many of the players on those teams are now core to the full national team.

While Trusty was called up to the full national team last winter for a friendly against Bosnia & Herzegovina, he did not play and is still awaiting his first cap. Getting back into the national team with many of his former youth teammates is a big source of motivation for Trusty. Even if he is not part of the World Cup team in Qatar, he will still be in his prime throughout the entire next cycle.

“Every person's goal should be to play the World Cup and play for their national team,” Trusty said. “I think about it every single day. I'm just trying to do whatever it takes to maximize my opportunity and maximize my potential to be in the squad.”