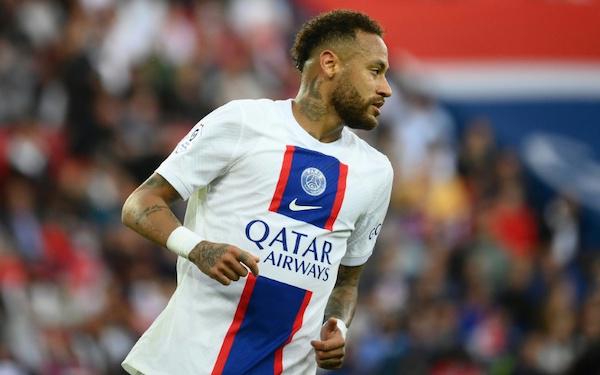 Neymar notched his 10th goal of the season but a lethargic Paris Saint-Germain needed a second-half Gianluigi Donnarumma penalty save to secure a 1-0 win over Brest in Ligue 1 on Saturday.

The result took PSG back to the top of the standings and maintains its unbeaten start to the campaign under new coach Christophe Galtier.

PSG is top on goal difference from Marseille, which also remains unbeaten in the league after beating Lille, 2-1, in Saturday's other game.

Lens had briefly seized first place after beating Troyes 1-0 on Friday, but is now two points behind the leaders in third position.

Despite the victory, PSG put in its least convincing performance of the season so far against a Brest team that just two weeks ago lost 7-0 at home to Montpellier.

Galtier may reflect that he should have made more changes to his starting lineup, with Saturday's match falling in between the 2-1 midweek Champions League win over Juventus and a trip to Israel to play Maccabi Haifa this Wednesday.

"It is always difficult to play on the back of a Champions League game. So much energy goes into these matches, physically as well as mentally," Galtier told broadcaster Amazon Prime.

"I wouldn't say we were trying to play within ourselves but there was maybe not the same desire to make the effort that we have seen so far this season."

Nuno Mendes and captain Marquinhos were the only PSG players who started against Juventus to be rested, with Juan Bernat and Danilo Pereira coming in.

Galtier resisted the temptation to rest any of his superstar front three, saying beforehand that he had thought about leaving out Lionel Messi but realized the Argentine "doesn't need a breather."

"I wanted to start our strongest attack to put the game to bed early and make substitutions sooner," he reasoned.

Summer signings Nordi Mukiele and Carlos Soler spent the afternoon on the bench, while Spanish international Fabian Ruiz came on for his debut as a second-half substitute.

There was a lucky escape for Brest in the first half as defender Christophe Herelle was sent off for bringing down Neymar as the Brazilian advanced on goal.

VAR confirmed that Neymar was fractionally offside when Messi played the pass, and Herelle was allowed to stay on the field.

However, the home side scored on the half-hour with Messi again picking out Neymar, who controlled before sending a shot into the far corner.

It was his eighth goal in seven league games this season. He also scored twice in the campaign-opening Champions Trophy against Nantes. It was also a seventh assist for Messi.

Meanwhile, the Argentine hit the post from a Kylian Mbappe pass early in the second half, while the latter had a goal disallowed for offside just before the break.

Ultimately, PSG was grateful to Donnarumma. The Italian dived to his left 20 minutes from time to keep out Islam Slimani's penalty, awarded following a clumsy foul by Presnel Kimpembe on Noah Fadiga.

Marseille bounced back from a 2-0 defeat away to Tottenham Hotspur in the Champions League in midweek as it welcomed Lille to the Velodrome.

A much-changed Marseille fell behind early on when Brazilian fullback Ismaily tucked in the rebound for Lille after an Adam Ounas shot came back off the post.

Igor Tudor's side drew level in the 26th minute as Alexis Sanchez -- who missed the Tottenham defeat through suspension -- turned in a Cengiz Under cross for his fourth goal in his last four Ligue 1 appearances.

The winner came just after the hour when Sead Kolasinac helped on Under's free-kick delivery for Samuel Gigot to score.

Marseille hosts Eintracht Frankfurt in the Champions League on Tuesday.