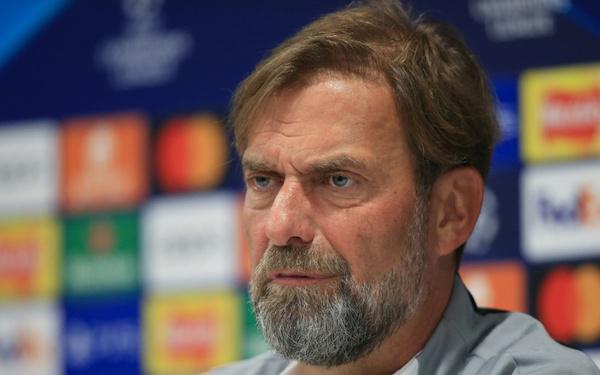 Jurgen Klopp said Monday he has spent days trawling over Liverpool's "horror show" of a 4-1 defeat to Napoli that leaves last season's Champions League runners-up with little margin for error in Europe.

A buoyant Ajax visit Anfield on Tuesday, fresh from its 4-0 mauling of Rangers on Matchday one, looking to twist the knife into a Liverpool team that appears to be running on empty.

Klopp's men came within two matches of winning an unprecedented quadruple last season, only to lose out to Manchester City on the final day of the Premier League season and suffer defeat against Real Madrid in the Champions League final.

Liverpool is feeling the hangover, after its relentless 63-game season, in the early weeks of the new campaign.

The success in seven years under Klopp has been built on running the extra mile to gain the upper hand. In all seven of their games so far this season, the opposition has covered more distance.

The Reds have recorded just two wins in those seven games, one courtesy of a winner against Newcastle deep into stoppage time.

But even Klopp was shocked at the depths his team sank to in Naples last week as the Italians missed a penalty and a host of other glorious chances to make the scoreline even more embarrassing.

"I watched the game back plenty of times and it was a real horror show," Klopp said at his prematch press conference for the visit of Ajax.

"It was the worst game we played since I am here. We had a few bad ones, everyone remembers (a 7-2 defeat to) Aston Villa and others but there were always glimpses of us even in these games. In this particular game, nothing."

Nunez's slow start. In the immediate aftermath of the demolition at the Diego Maradona Stadium, Klopp said Liverpool needed to reinvent itself.

The Reds are already finding it difficult to make the transition forced by the departure of forward Sadio Mane to Bayern Munich.

A colossal presence during Klopp's time in charge, the Senegalese offered both the energy to press without the ball and quality to make the difference in the final third.

Darwin Nunez is yet to deliver on his 80 million euro ($81 million) transfer fee, not helped by a three-match suspension as punishment for a sending-off on his home debut.

At the back, Virgil van Dijk and Trent Alexander-Arnold have suffered alarming dips in form.

But it is in midfield where Liverpool have really toiled, with the decision not to reinforce that area in the transfer market, until a deadline day move for out-of-favor Juventus midfielder Arthur, heavily questioned.

Liverpool is reportedly saving its money for a move for Borussia Dortmund's England international Jude Bellingham. BVB was understood to be unwilling to let the teenager leave in the same window in which Erling Haaland departed for Manchester City

That is a transfer strategy that has worked for Liverpool before as they held off on signing a center back for half a season in 2017 in order to bring in Van Dijk. But it could easily backfire, with competition fierce for a place in the Premier League's top four this season and the threat of an early exit from the Champions League.

One thing Klopp can count on is job stability thanks to so much credit in the bank.

"Class is permanent. The same is true of the manager," said former Liverpool defender Jamie Carragher in his column in The Daily Telegraph. "Some say Liverpool are paying the price for the last five years. If so, it is a price every fan would willingly pay again."

A weekend off caused by the postponement of all Premier League games due to the death of Queen Elizabeth II gave Klopp and his players plenty of time for soul-searching.

But he is aware of the need for a response to avoid a slump becoming a full-blown crisis when Ajax comes to town.

"They were four or five days of absolute truth -- we didn't hold back anything," said Klopp. "Not to knock the players down, just to make sure we know after this [Napoli] game this is the starting point to sort the problems together on the pitch."