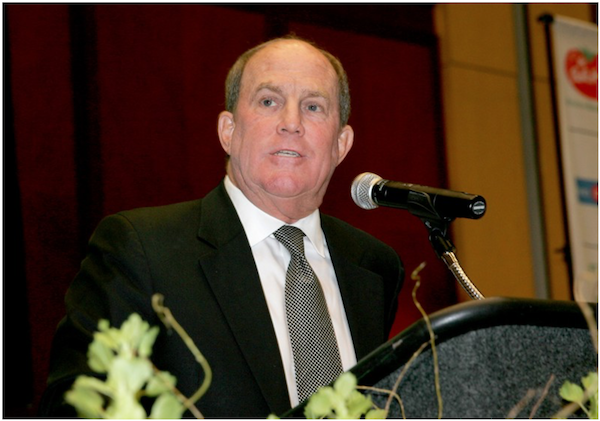 Even in 1974, Bob Costas’ voice was distinctive.

Costas said he knew nothing about the sport. But he knew the craft of announcing. He gave McDermott a few tips, and became a mentor.

Costas’ advice paid off. McDermott went on to call ESPN’s first-ever college soccer game, in 1979 (SLU vs. UCLA); the first five years of MLS, and the 1998 World Cup, on ABC and ESPN. He’s covered every World Cup since 1970, on radio or television.

He’s been the voice of St. Louis University soccer since 1972, on radio, TV and the public address system. Of the Billikens’ 400 or so home matches in that span, McDermott has missed only about 15. 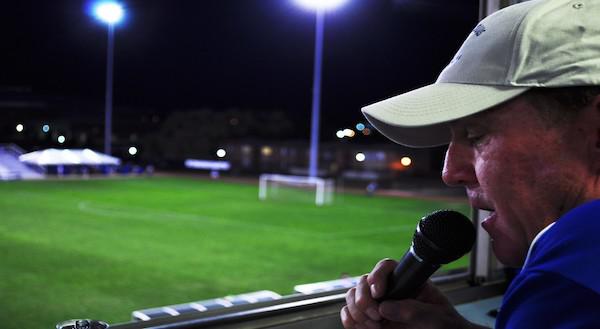 Unlike Costas, who calls everything from football and golf to boxing and horse racing, McDermott is a soccer-only announcer. That’s not surprising, given his St. Louis roots. The city was a soccer hotbed throughout the early and mid-20th century, home to immigrant clubs and a thriving Catholic Youth Council program, where McDermott began in first grade.

He played three years of varsity soccer at SLU (freshmen were not allowed to compete). He helped the Billikens win national championships in 1967 and ’69, and was already eying the announcer’s booth. In 1967, his U-19 club team won the Missouri state cup. Preparing for the McGuire Cup national championship, they watched “Goal,” the official film of the ’66 World Cup. Nigel Patrick’s narration captivated him. McDermott told friends: “I want to announce World Cup games.”

That opened the door to being hired as public address announcer for Stars home games. (They moved to Anaheim, and became the California Surf, in  1978.) He added PA duties for his alma mater that year too. 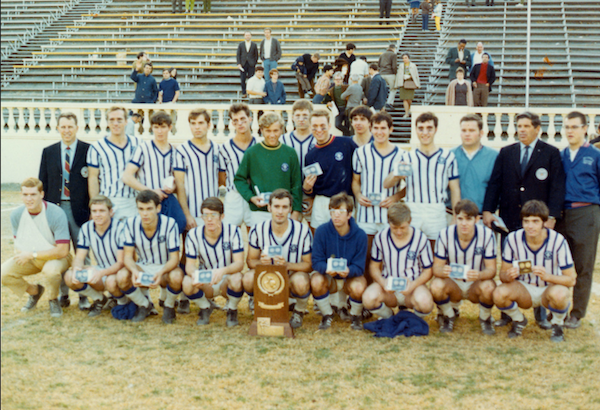 Fifty years later, McDermott’s enthusiasm is undimmed. “I love all of it,” he says. “The ability to see games outdoor and indoor, college and pro; to travel ... it never gets old.”

Among the highlights: serving as sideline announcer for the inaugural MLS game in 1996. The scene was San Jose’s Spartan Stadium, where as a college senior McDermott had won a NCAA national championship. “I never imagined I’d be back,” he says. “And certainly not in that role.”

His World Cup experience extends beyond the broadcast booth. In 2006, he hosted XM Satellite "World Cup Today" morning show, leading up to the matches. “Our producers let us talk about whatever we wanted,” he says. “We did a lot of history, and had a lot of fun.”

That growth extends to McDermott’s hometown. Next year, the top tier of American soccer returns to the city that was once synonymous with the U.S. game.

The other day he visited Centene Stadium, the $458 million soccer-specific park minutes from downtown that will be the home of MLS expansion franchise St. Louis City SC. “My God!” he says. “There’s no other soccer venue in the country like it.”

He plans to continue covering soccer as long as he can. “I’ll know if I’ve lost my fastball,” he says, mixing metaphors. “If I can’t recall facts, I’ll hang it up.”

But – many years after growing up in one of America’s few soccer hotbeds — McDermott still enjoys watching the game grow nationally. “There’s a staggering number of players. Soccer is embraced everywhere in this immense country. People demand to see more and more of it. There’s no end in sight.”