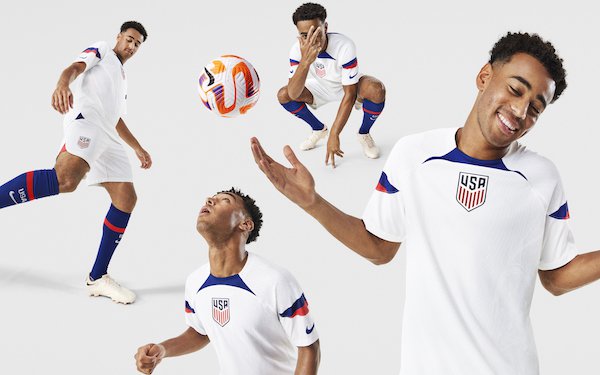 Early on Thursday, U.S. Soccer and Nike released the jerseys the men's national team will be wearing at the World Cup, which kicks off Nov. 20 in Qatar.

Last month's leaks of the shirts — in particular, the home jersey — were met — not for the first time, it should be said — with highly unfavorable reviews on social media, where there is a strong anti-federation element.

Players chimed in with their own views.

Yunus Musah, one of the four teenagers (!) on the national team, was the only player asked directly for his opinion of the jerseys before their release.

“I rate it in the middle,” Musah said during a media call ESPN organized to promote its LaLiga coverage in late August, preferring to avoid giving it a thumbs up or thumbs down.

The views did not change when the jersey release finally took place:

• USA Today's For the Win: "U.S. Soccer finally unveiled the hideous USMNT World Cup kits and fans were not happy at all."

• Independent: "People hate the new World Cup jerseys Nike designed for US Soccer: ‘Worst kit I have ever seen."

The home jersey is white with red and blue stripes on each sleeve similar to what you might see in an American football jersey. The away uniform is a blue and dark blue tie-dye shirt. A big U.S. Soccer crest -- as big as FIFA regulations allow -- appears in the center of both jerseys.

Nike referred to elements from other American sports it incorporated in the design of the home jersey: "Bold stripes, an enlarged center crest akin to basketball jerseys, double Swooshes on the sleeves reminiscent of those used on American football jerseys, the unique shoulder and sleeve cut-and-sew construction and pattern of a hockey jersey, and timeless block lettering.” 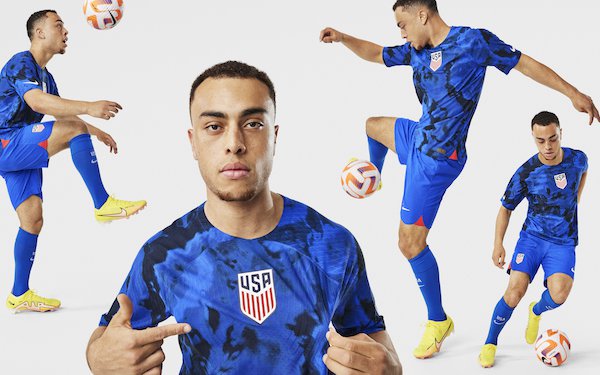 Other U.S. jerseys in the past were met with outrage. One of the jerseys for the USA-hosted 1994 World Cup was a denim kit. In 2014, one version was what became known as the Bomb Pop look.

One of the criticisms with U.S. jerseys is that there is no consistency or no classic look, like you might find with the jerseys of a team like Argentina, Croatia, France or the Netherlands.

U.S. jerseys have emphasized red, white or blue, the three colors of the American flag, or some combination. Their colors have been a matter of debate for decades.

When the USA went to Italia '90, appearing in the World Cup finals for the first time in 40 years, the primary colors were white and blue, the absence of red seeming to confirm the famous story that then-U.S. Soccer president Werner Fricker, who was born in an ethnic German section of Yugoslavia and fled Communist forces to Austria near the end of World War II, would not let the national team wear red because of his anti-communist views.

“People who want to embarrass me spread that story to the media," he told the Los Angeles Times at the sendoff party for the 1990 team. "I have a pair of shorts that I wear around the pool that are red with white stripes.”

Fricker said he liked the uniform color be all white or all blue or all red "because it makes the players’ numbers easier to identify." His preference? "All white because we play a lot of games in warm and humid conditions, and white is better for the players."

The USA wore adidas-designed uniforms at the 1990 and 1994 World Cups before switching to Nike as its uniform manufacturer.

Aaron Barnett, Nike's senior product director, global football apparel, has been with the company since February 1996 and seen how the U.S. World Cup jerseys have elicit responses since the 1998 World Cup in France.

“We’ve been doing products for multiple sports, not just soccer," he told the Associated Press. "And so we’re going to have some athletes that are super-excited about it and some they’re not excited about. And that’s just the balance that you always have in the process.”

He has also seen how views changed.

"People always hate the new jerseys at first," Barnett told Fox Sports at the media viewing held in New York. "Then your team wins its first game, and it’s the best jersey they’ve ever had."