Ligue 1: Lyon faces up to doubts on and off the field before PSG clash 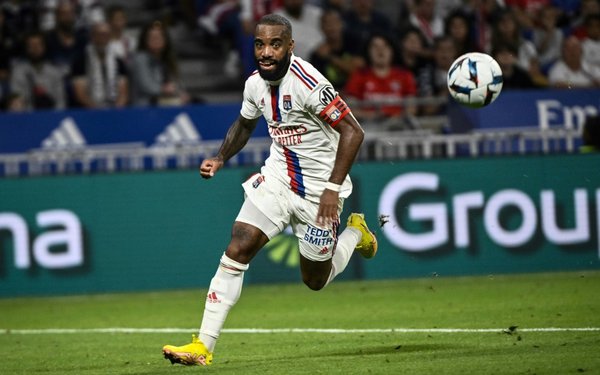 Lyon started this season with big ambitions but heads into Sunday's meeting with Paris Saint-Germain in danger of being cut off from the Ligue 1 leaders already, with doubts about Coach Peter Bosz and with a planned takeover of the club still to be completed.

French champion seven years running at the start of this century, Lyon has since been eclipsed as Ligue 1's leading club by Qatar-owned PSG.

This year marks a decade since OL last won a trophy, and it's not in Europe at all this season after coming eighth in the last campaign, the lowest finish in quarter of a century.

Despite that, Lyon kept faith in Dutch coach Bosz and there was plenty of optimism on the banks of the Rhone in the offseason as it brought two local heroes, Alexandre Lacazette and Corentin Tolisso, back to the club.

Both were sold in 2017, with Lacazette joining Arsenal and Tolisso moving to Bayern Munich, but they returned five years later as free agents and still at the peak of their careers.

Their arrivals mean OL retain a strong squad despite selling Brazil star Lucas Paqueta to West Ham United, and they started well enough, with four wins and a draw from their first five games.

Lacazette has four goals to his name already, but now back-to-back defeats have seen concerns about Bosz's ability to get the best out of a talented squad resurface.

The defense is a particular source of concern, despite the presence of two highly-rated youngsters in right-back Malo Gusto and center back Castello Lukeba.

Lyon lost 3-1 at Lorient before a 2-1 defeat in Monaco last weekend, dropping it six points behind leader PSG and Marseille before entertaining the Parisians this weekend, and Bosz is under pressure.

"He is aware of the situation, because we are not going to wait until February or March, but we believe in him and his staff," Lyon's sporting director Vincent Ponsot told Le Progres. "We expect a reaction against Paris after the last two matches, but it wouldn't be right to pass judgement after this game."

Meanwhile, Lyon remains confident the sale of the club to American businessman John Textor will still go through as planned, sources told AFP on Thursday.

Sports daily L'Equipe this week reported that Textor, who owns Brazilian club Botafogo and has a stake in Crystal Palace, was still searching for financing to complete the deal.

Textor, who is set to attend the PSG match, has until the end of September to finalize the purchase of a controlling stake for an estimated amount of over $600 million.

Ouattara was still 19 when he scored Burkina Faso's winner against Tunisia in the Africa Cup of Nations quarterfinals earlier this year, sparking scenes of joy back home just as a military coup was taking place in the country.

However, he was also sent off in that game and so didn't feature as it lost in the semifinals to Senegal. Nevertheless, he returned to his club, Lorient, where he scored his first Ligue 1 goal in April before becoming a regular this season in a side that has enjoyed a flying start.

Ouattara, now 20, has scored in each of his team's last three games and has provided four assists in the last four matches as well. Lorient look to have unearthed a gem.