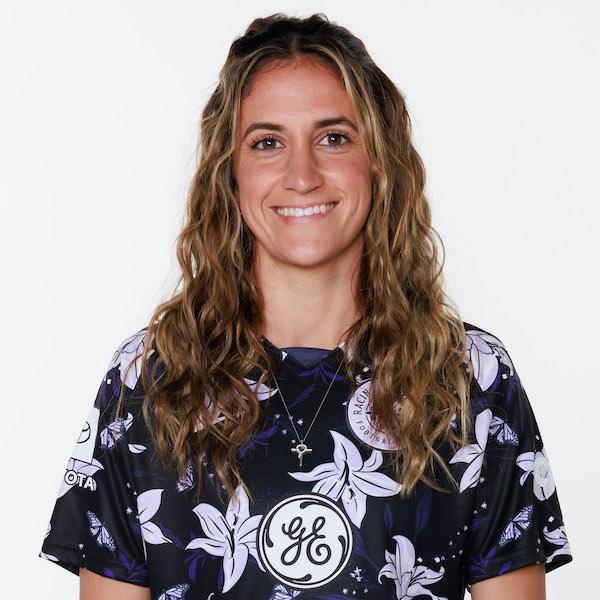 Savannah DeMelo has started all 19 games of her NWSL rookie season. She leads Racing Louisville — and all NWSL rookies — in minutes played. DeMelo, who was called up by Coach Vlatko Andonovski for the U.S. women's national team's September camp, scored in Friday's 2-0 victory over the Orlando Pride to break Louisville's winless streak. It was the rookie's fourth goal of the season.

CHILDHOOD: DeMelo grew up in Bellflower, California, with two sisters, Makayla and Skylar. She first did gymnastics before switching to soccer at the age of 8. Her father Robert, who played played high level ball in his native Portugal and coaches at Beach FC (Long Beach), helped train Savannah and served as an assistant coach for her Beach FC teams.

YOUTH. In 2015, DeMelo was a U.S. Youth Soccer U-17 National Championship finalist with Beach FC. She also played with her state and regional USYS Olympic Development (ODP) teams, winning the ODP national championship in the 2014-15 season. In addition, DeMelo played four years of varsity soccer as a starting midfielder/forward at Saint Joseph High School in Lakewood. The Jesters won the Del Rey League in 2013 and became CIF (California Interscholastic Federation) state finalists the following year. DeMelo was the Press Telegram Player of the Year in 2014.

COLLEGE. DeMelo played for the University of Southern California in 2017-2021, scoring 17 goals and 28 assists in 75 games. She made an immediate impact as a freshman, starting all but one game. DeMelo scored four goals and added five assists, earning spots on the Pac-12 All-Freshman team and becoming only the fourth Trojan freshman to make All-Pac-12 first team. In her second season, she was named an All-American. Her collegiate career got upended by an Achilles' tendon injury that wiped out her junior year, but she was an the Pac-12 Second Team selection in her final collegiate season.

PRO SOCCER. Racing Louisville FC drafted DeMelo as the fourth overall pick in the 2022 NWSL draft. She immediately became a key figure in Louisville’s midfield and has started every game. DeMelo’s all-around midfield play has been one of a few bright spots for a team near the bottom of the league’s standings this season. She has played the most minutes of all rookies in the NWSL. One of her free kick goals was featured on ESPN SportsCenter's Top 10 plays. The NWSL named DeMelo to May’s Best XI and she was July's Rookie of the Month.

DeMELO SAYS. “I'm really honored to be able to start for the team. It’s a great team, and I want to help in any game I can.”