Part 2: Soccer in the Balance 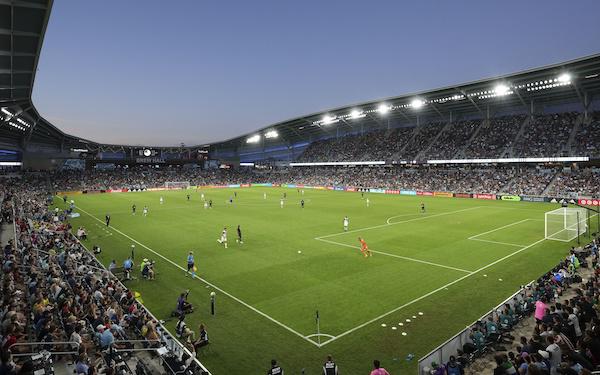 Last time, I explained my reasons for criticizing soccer as a sport that has failed to instill a balance between attacking and defensive play.

The result of that neglect is that soccer has become a sport with a decided tilt toward defensive dominance.

I dealt only with what I called the strategic level of the sport — the rarefied area of FIFA and IFAB, where the rules are laid down and are adjusted when necessary. From that impersonal atmosphere, we’ll now descend to the hustle and bustle of the playing field where we can find out what effect this pro-defense bias has on the people involved in game action — referees, coaches and players.

Of all the groups involved in soccer — from club owners through coaches and players to fans and journalists — I would rank referees as the group with the highest IQ. I have no back-up proof for that statement, it is an opinion formed from my own experience.

But, much to my disappointment, it is an opinion sorely tested by their attitude to this bias problem. I would hope that referee decisions would be relatively free of bias either way. That is not what we get. Far from softening the bias, the referees have significantly bolstered it by their insistence that whenever a referee has genuine doubt about a decision, he should resolve it by making the call in favor of the defenders.

Anyone in the USA who might have doubted such thinking was set right in November 2012 by Peter Walton, the English referee appointed to head the newly formed PRO (Professional Referees Organization). It was Walton’s first public appearance in the USA. Attempting to justify a poor call by one of his referees, he told TV viewers that it was unclear exactly what had happened in the incident, and that whenever there was genuine doubt “the benefit of the doubt would go to the defending team.”

Later, I asked Walton why that should be so, and got the same answer that I’d been getting for years from other referees, that it was “accepted practice.” Why that should be so, I have no idea. There is nothing in the rulebook that requires such thinking, and I have never found a referee who can reveal its origins to me. Referees, in fact, seem perfectly happy to enforce this custom without questioning whether it makes any sense or not.

This is curious. Can there be any doubt that referees, by siding with defensive play, are making a hefty contribution toward making soccer a low-scoring sport? Indeed, it seems to me that soccer is the lowest-scoring of all the major sports.

That is something that very definitely does impact the referee’s task. Low-scoring games (the most common 1-0 or 2-1 scorelines), are decided by a single goal margin. Referees — by allowing, or by not allowing, that single goal — will always be burdened by the thought that they will be accused of “deciding the game.” An accusation no referee cherishes and one that would be much less likely if a scoreline read 4-3 instead of 1-0. Same result, same single goal advantage, but a different game. A less onerous one for the referee, and a more exciting one for the spectators.

Time to hear from the coaches. By now it will be clear that Defense is the name of the game. Everything points the coach to the big D. He’s well aware that planning offensive play is not at all easy. But he can organize and chart his defense. And he quickly finds that the sport’s rules offer him considerable help on the defensive front, and referees regularly and reliably award him the benefit of doubt.

Those (myself included) who are critical of soccer coaches as too defense-oriented have to allow that the game’s rules and its referees facilitate, almost encourage, that approach. Attacking play and attacking players do not get much support from the rule book.

It can be no surprise then, that so many, virtually all, formations and systems have a heavily defensive flavor. Post-World War II, soccer formations have gone from 3-3-4 to 3-5-2, to formations that feature only one forward.

The withering away of attacking play is even worse than it looks. Those players who nowadays feature as forwards in the neat formations are quite likely to be something less than all-out attacking players. Their attacking spirit is now compromised by the thought of tracking back and the defensive responsibilities that have been added to their duties.

When the Brazilian goalscorer Giovane Elber joined the German club Bayern Munich in 1977, he was dismayed by what his new club expected of him. Asked to define his new role, he replied tartly “Defensive striker.” 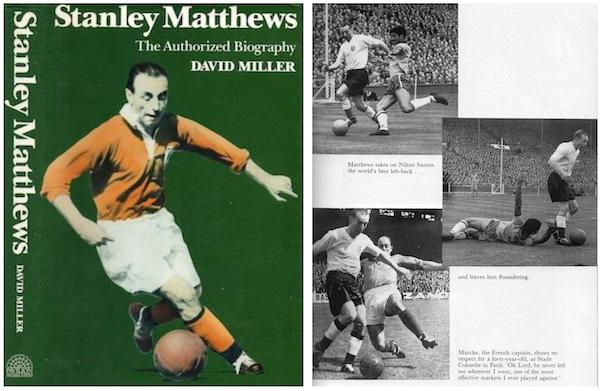 To end this dissertation on balance, I want to humanize the topic, to reduce it to the personal skill that every athlete needs. To reduce it, in fact, to just one player. England’s Stanley Matthews. This was the man who, in the 1940s, first sparked my interest in soccer.

An out-and-out forward, a winger mostly, known for his ability to bamboozle opponents with his dazzling dribbling. I had never seen him play, but I was intrigued by the descriptions of his exploits and by the black-and-white photos of him dancing away with the ball, leaving a befuddled defender — sometimes more than one — stretched out on the ground. Luckily for me, Matthews’ career was a long one (he played First Division soccer until he was age 50) so I was to get plenty of opportunities to study his skills.

I decided that his secret was simply his amazing balance. Well, it wasn’t a secret, of course, everyone could see it ... but there was something magical about it.

How could one believe it? But there he was, Matthews, with the ball at his feet, tapping it forward and leaning to his right as he neared an opponent ... leaning to his right  ... leaning more to his right ... then impossibly more  ... until he must simply fall over . . . but Stan never even stumbled. His superb balance kept him on his feet. Then, in a flash his body was upright and there he was, moving off — to his left now. And — those early photos hadn’t lied —there sprawling on the grass lay a thoroughly bewildered opponent.

And these were good, experienced defenders who knew about Matthews, who knew what to expect. In 1956 it was the turn of Nilton Santos, dumped on the Wembley turf by the 42-year-old Matthews. Two years later Santos was part of Brazil’s World Cup winning team.

Matthews made it all look too easy. Made it look unfair, even. He made the point: If attacking skill is to assert an advantage it has to be almost impossibly good. There was only one Matthews — the other lesser mortals were, still are, hindered by the sport’s pro-defense bias.

Simply because soccer is a game where an individual’s ability to keep their balance is repeatedly under challenge. Forwards, particularly, when dribbling, or changing direction suddenly, or avoiding tackles are always likely to be off-balance. Most tackles are made against such a swiftly moving, off-balance target. It doesn’t take much contact to bring such a target to earth. Something to bear in mind next time you hear a TV commentator (who always seem to be ex-defenders — more bias?) condemn a forward for “going down too easily.”

No doubt a good deal more can be said on the topic of balance. But I don’t think there’s anything to alter the situation that I have been describing. That soccer has adopted — whether by choice or default is irrelevant — a pro-defense approach. A position that cannot be justified, one that by seriously reducing goalscoring has an adverse effect on the game, making it less exciting and less entertaining.

• Part 1: Soccer in the Balance