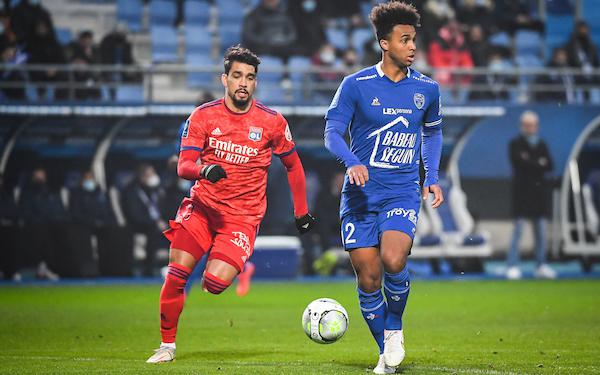 Since the U.S. national team squad was announced for the camp in Cologne, Germany, ahead of friendly games against Japan and Saudi Arabia, three changes have been made.

Central defenders Cameron Carter-Vickers and Chris Richards both withdrew due to what were described as minor injuries, and they were replaced by Mark McKenzie and Erik Palmer-Brown (photo).

McKenzie started both games when the USA won the 2021 Concacaf Nations League and matches at Panama and Honduras in the first two windows of World Cup qualifying. After being called in for the first four windows, he was dropped from the U.S. squad for the final window in March and was not called in for the June window during which the USA played four games.

The Delaware product has finally secured a steady role at Genk this season, starting the last six games for the Belgian club, currently second in the Jupiler Pro League. He is in his third season with Genk after starting his pro career with the Philadelphia Union.

Palmer-Brown's two appearances in 2022 came at right back in the 0-0 draw at Mexico in World Cup qualifying and at center back in the 0-0 tie against Uruguay in their June friendly.

The Lee's Summit, Missouri, native started out his pro career with Sporting KC and was sold to Manchester City in 2018, but he bounced around on loan at clubs in the Netherlands, Belgium and Austria before finding a home at Man City sister club Troyes in France.

After starting out with three straight losses, Troyes has gone 3-1-1 in its last five games and climbed into 10th place in Ligue 1. Palmer-Brown has started every game in Troyes' back three.

Besides Musah, Carter-Vickers and Richards, three other players expected to make the final U.S. World Cup roster are unavailable for the matches against Japan and Saudi Arabia: goalkeeper Zack Steffen (who returned to action for Middlesbrough on Saturday) and left back Antonee Robinson and winger Tim Weah (both recovering from ankle injuries).