What I miss about high school coaching 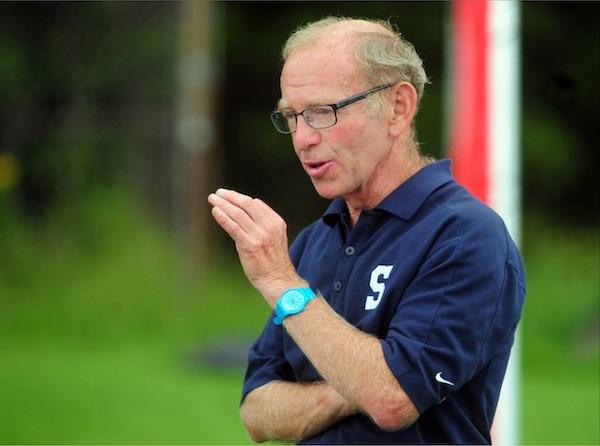 “How does the team look?”

In my 19 years as head coach of the Staples High School boys varsity, that’s the question I was asked most often. Soccer is a big deal in Westport, Connecticut. Everyone – teachers, alumni, parents of alums, friends, random strangers – wants to know the latest on the Wreckers. (They also want to suggest lineup changes or training tweaks, but that’s another story.)

This fall, the question is different: “How does it feel not to coach?”

I stepped down after last season, for a variety of reasons. We had a team I felt particularly close to, and which made a great run all the way to the state semifinal. (We lost 1-0 despite leading in shots, 19-2. That’s another story too.) My assistant coach, Russell Oost-Lievense, is young, smart and talented; he was ready to take over, and kick the program up several notches. And after 19 years at the helm, and over 50 years with the program (including playing at Staples, then serving as assistant), I did not want to turn into “that guy” whom everyone is trying to gently (or not so gently) move along.

So for the first time since the Johnson administration (except college), I am spending the fall without a team to play on or coach. It’s different, for sure. There are many things I miss – and many I don’t.

For example, I miss the day-to-day interactions with the players. I learned so much about them and their lives in casual conversations as they arrived for training, got their cleats on and stretched. I saw them every day in the cafeteria, and as they wandered into my office to chat. Spending so much time around teenagers kept me on my toes (and young), and gave me great hope for the future.

I do not miss texts from the trainer in the middle of those conversations, telling me that a key player came to her with an injury, and will be out until further notice. I do not miss, either, hearing some of things players said, which filled me with great fear for the future. 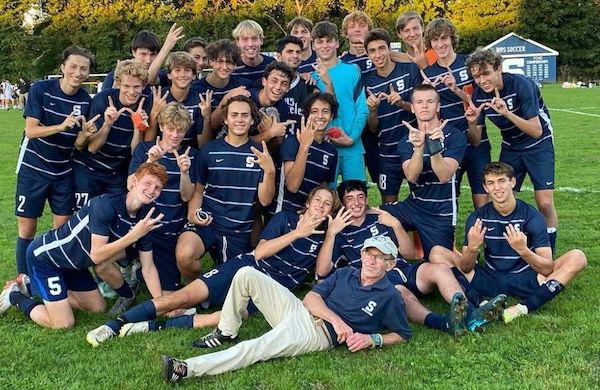 I miss the anticipation of a great training session, and the satisfied feeling afterward when it seems the entire team took a giant leap forward. I do not miss the frustration, even anger, when a training session goes off the rails, and it seems like the entire season will implode.

I miss the task of reporting victories to our state high school association. I do not miss reporting penalty cards – or filling out endless forms about concussions, COVID, and whether or not the rules should be changed to allow stripes on socks.

I miss the fun of asking the rising seniors to pick out the next year’s uniforms. I do not miss washing training vests after a session in the rain. (I definitely don’t miss sessions in the rain, snow, blazing heat or freezing cold.)

I miss the pre-game banter with opposing coaches and referees. I do not miss worrying about the pre-game music playlist, guarding against offensive words or phrases that sometimes blast out of the speakers. (I also do not miss listening to players’ excuses about how it happened, or why “it’s not really that bad.”)

I miss the quiet anticipation of bus rides to away matches, and the raucous rides home after a victory. I will even miss the misery of riding home after a season-ending state tournament defeat, thanking the seniors and trying to inspire the returnees. I do not miss worrying about late buses, slow drivers, or the occasional comments I should not hear.

I miss the post-game chats with news reporters covering our matches. I was always grateful for the publicity. I do not miss having to sidestep questions about a questionable call or bad goal. I also do not miss inaccurate reporting. (Were we really watching the same game?!)

I very much miss the competitive aspect of a high school season. There is nothing like the shared satisfaction of a huge victory. Even though there is nothing like the lonely agony of a bad loss, bouncing back from it is incredibly rewarding. I will not miss the hours spent second-guessing myself, in every area of coaching: tactics, personnel, how I handled a question or comment from a player, parent, opposing coach, referee or my athletic director. 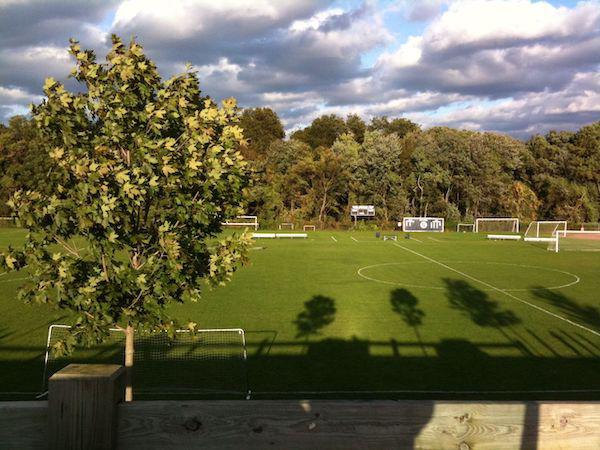 I miss all the sideline action – the stuff no one in the stands sees or hears. I do not miss watching every home game with the sun directly in my eyes. (One bonus of watching from our hill, or the stands: I get a much better view of the game than I did from ground level.)

I miss those questions I heard all the time: “How does the team look?” But I sure don’t miss the comments that begin, “Have you ever thought about …?”

Sure, there are plenty of things I miss, now that I am no longer the Staples High School boys varsity coach. But there’s something new I am now proud of: I’m the Wreckers’ No. 1 fan.