After 'challenging' first half of the year, Matt Turner sees 'huge' progress 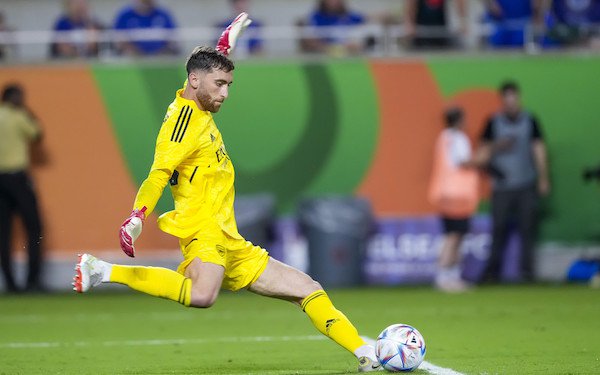 Of the 26 players in camp with the U.S. national team in Cologne, Germany, for the World Cup warmup matches against Japan and Saudi Arabia, eight have switched clubs since the national team last gathered in June.

The camp is a chance for players on the close-knit team to catch up and share their new experiences on and off the field.

For the players who moved to England -- 18 Americans now play in the Premier League and Championship -- one of the attractions is golf.

"I've been on the golf grind,"  Brenden Aaronson, who moved from Austria's Red Bull Salzburg to play for Leeds United, said when he and teammate Matt Turner were asked on Monday's media call about what they've had a chance to do off the field. "I have a little bit of a golf bug right now. I'm lucky because the area I'm in [has] like five golf courses, just different ones and they're all over the place, too."

Aaronson added that having U.S. teammate Tyler Adams, also new to Leeds, with him has been fun.

"I's been good, like getting used to the area, being able to go get food together ..." At which point Turner, who is the backup goalkeeper at Arsenal, interrupted him.

On June 29, Turner's wife Ashley Herron gave birth to their first child, a baby boy, Easton Atwood. In anticipation of the birth, Herron moved to London ahead of Turner, who arrived just days before the baby's birth after his farewell to New England Revolution fans.

Turner said the year has been a roller-coaster, beginning with an ankle injury suffered in preseason with the Revs that forced him to miss the final window of World Cup 2022 qualifying after starting eight of the first 11 games.

"I felt like I was a big part of the team," he said, "and to miss out on the celebration of it all was really, really hard. And to then turn around and play that last round of games with the national team in June while my wife was already in London preparing to have a baby, my mind was elsewhere a little bit. And then obviously having our baby and then leaving to go to preseason with Arsenal in the U.S., the first 6-7 months were really, really challenging." 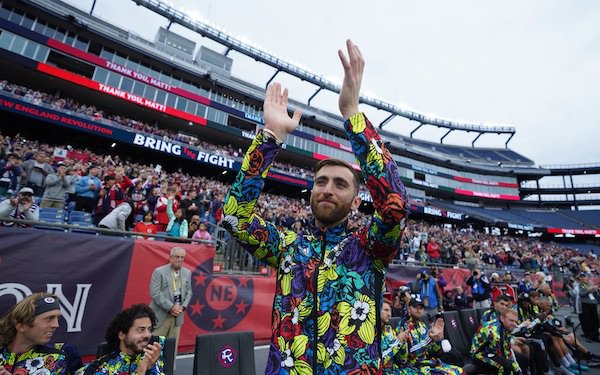 "I'm so grateful for my wife," he said. "She's been my rock through pretty much everything. The highs, the lows, the ups and downs. I  take training very seriously. so if I have an off day, she's there to pick me up. She's a huge reason for my ability to navigate through all this while being an amazing mother and helping raise our child."

The only game Turner has played for Arsenal was a 2-1 win over FC Zurich in Europa League, but he says his game has improved a lot since he joined the Gunners thanks to the intensity of manager Mikel Arteta's practices.

“Mikel doesn't accept anything except full-gas at training sessions," he said, "so you have to bring it every single day, or else you get found out pretty quickly out there on the pitch. For me, it's the consistency that I have to bring every day in training, being ready for moments where I'm going to be able to get to play and overall just the speed, technical execution of things, making saves against world-class players every day in training, sometimes getting found out by world-class players in training. But all the while learning.”

Turner praised Arteta for pushing him, telling the story of an incident at practice where he messed up.

"I gave a ball away, and I sort of showed that I was frustrated and upset," he said. "And he just came up to me and shoved me and basically was like, 'I don't want to see that, I don't like that reaction. I want to see you pick yourself up and keep going.' I think that really set the tone for my mentality within the club, and just to keep going, no matter what. If you fail, that's all right. What matters is how you react, not about the failure in itself."

Confirmation of Turner's improvement came recently when he met with his goalkeeper coach, Inaki Cana, to review video of his work in practice when he first arrived and again in recent days.

"Because I think it's easy for us to get caught up in the moment," he said, "but looking back then to now, the difference in a goalkeeper that I am is huge and I've changed massively."

Turner is one of four goalkeepers battling for the starting job on the national team at the World Cup. Ethan Horvath and Sean Johnson are also with the team in Cologne, while Zack Steffen remained at Middlesbrough, for which he started on Saturday after missing four weeks with a knee injury. 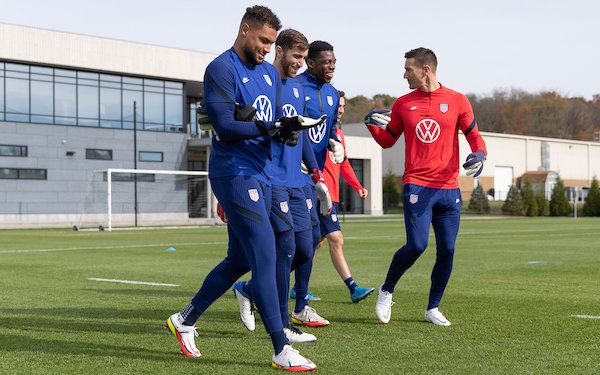 U.S. coach Gregg Berhalter said he recently met with Cana to talk about Turner's development and look at before and after video of the keeper's work in practice. He confirmed last week what Cana showed Turner: "I think he's made a ton of progress."

There is still the question about playing time, though.

"He's in good form and he's in a decent spot," added Berhalter. "Would I like him to be playing every week in the Premier League? Yes. But that's not the case."

After the USA's two games with Japan and Saudi Arabia, Turner will return to Arsenal for the final run ahead of the World Cup, a brutal schedule with 13 games over 43 days, including midweek and weekend games every week, beginning with a North London derby match against Tottenham on Oct. 1.

Five of the games are Europa League matches -- including a postponed match against PSV -- and one is a Carabao Cup match against Brighton & Hove Albion.

Englishman Aaron Ramsgate is the starting goalkeeper for Arsenal, first in the Premier League at the September break, but Turner should get a shot in goal in all or most of the non-Premier League matches.

"Busy times ahead," he summed up the next two months.