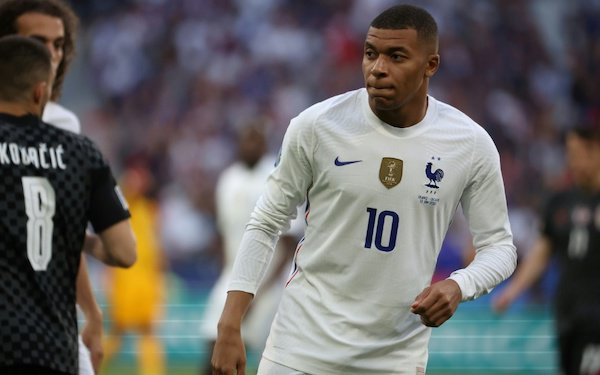 A hectic schedule of club soccer ahead of the World Cup is interrupted this week as national teams get a last chance to fine-tune their preparations before traveling to Qatar for the start of the tournament on November 20.

Holding the World Cup in the middle of the European season is having major consequences for clubs but also for coaches of national teams.

While domestic competitions bear the brunt of the upheaval to the calendar as they are forced to halt a week before the opening game in Qatar, that also means there will be next to no time for squads to work together before beginning their World Cup campaigns.

Extra importance is therefore placed on events over the next week, as European sides complete the UEFA Nations League group stage while other contenders play friendly matches, including back-to-back games for Brazil on French soil against Ghana and Tunisia.

Reigning world champion France is preparing to defend the crown it won in Russia in 2018 while simultaneously trying to avoid being relegated from the top tier of the Nations League.

Les Bleus, who won the Nations League last year, host Austria on Thursday and visit Denmark on Sunday needing to win both games to be sure of remaining in League A.

But France coach Didier Deschamps has numerous issues, not least injuries to key players including Paul Pogba -- who is recovering from a knee operation which has left him facing a race against time to be fit for Qatar.

"He will do everything to try to be fit as quickly as possible, despite the lack of time," Deschamps told broadcaster TF1 on Sunday.

It is also too early to say if a dispute between Kylian Mbappe and the French Football Federation over image rights could impact squad morale, with the Paris Saint-Germain star refusing to take part in a photo shoot on Monday.

France's latest squad features several new faces who are hoping to seize their chance to impress before final lists must be submitted to FIFA by Nov. 13.

England coach Gareth Southgate has handed an opportunity to Brentford forward Ivan Toney as the Euro 2020 runners-up play Italy and Germany in Nations League A3.

Like France, England suffered a series of poor results in June and so realistically needs to win both of these games to avoid relegation to League B.

But Southgate will work with an expanded 28-man squad with Qatar in mind.

"Part of the rationale is that we are very close to a World Cup and we feel, although our results were disappointing in the summer, we have picked on the basis of form and capability over a long period," Southgate said last week.

Spain and Cristiano Ronaldo's Portugal will warm up for the World Cup by meeting in Braga on Sept. 27 in a game that could decide which of the Iberian neighbors advances to the Nations League finals next June.

The Welsh looks set to be relegated from their Nations League group too, but that is not something that will concern them too much before they return to the World Cup stage for the first time since 1958.