World Cup sponsors urged to back compensation for Qatar workers 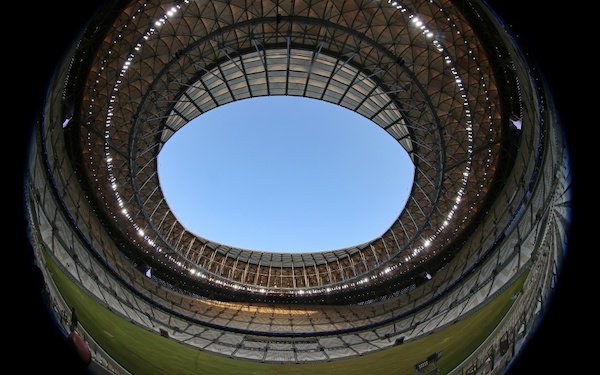 Human rights groups urged more sponsors of the World Cup in Qatar on Tuesday to support calls for compensation for migrant workers and their families over alleged abuses.

The other 10 have not publicly offered support or responded to requests to discuss "tournament-related abuses," the rights groups said.

"Brands buy rights to sponsor the World Cup because they want to be associated with joy, fair competition and spectacular human achievement on the playing field -- not rampant wage theft and the deaths of workers who made the World Cup possible," HRW's director of global initiatives, Minky Worden, said in the statement.

"With only two months until the first ball is kicked, sponsors should use their considerable leverage to press FIFA and Qatar to fulfil their human rights responsibilities to these workers."

Visa, Hyundai-Kia, Qatar Energy, Qatar Airways, Vivo, Hisense, Mengniu, Crypto, Wanda and Byju's are the partners and sponsors that have not commented on the compensation campaign.Qatar has faced accusations of under-reporting deaths and injuries among migrant workers and of not doing enough to alleviate harsh conditions. Unpaid wages have also been frequently raised.

The Qatari government has highlighted major reforms it has introduced, including a minimum wage, dismantling a scheme that gave employers stringent controls over laborers, and imposing stricter rules on working in the summer heat.

Hassan al-Thawadi, secretary general of Qatar's World Cup organizing committee, said on Monday Qatar had committed to pay $28 million to migrant workers who had given illegal fees to agents in their home country to work in Qatar.

The Gulf state has tackled labor reforms "head on" with other actions such as introducing a minimum wage and improving working conditions, he added.

"We always had laws and legislations that were in line with international standards but the enforcement mechanism, the oversight, wasn't to a standard that we were proud of," Thawadi told the conference. "But we recognized early on that the World Cup will create that momentum, will be that vehicle that will push these reforms," he said, adding they will "last way beyond 2022."