Road to Qatar: Far away from home, World Cup hosts emerge from training isolation in Europe 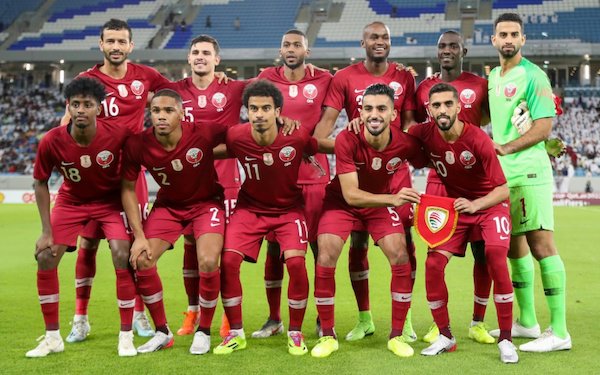 Qatar's World Cup team will emerge from four months in near-lockdown on Friday to take on Canada with most of its fans nervously watching from afar.

All their games since June 2 have been behind closed doors and the Qatar Football Association has even kept sponsors away from training camps in Spain and Austria as they prepare players for a baptism of fire -- a World Cup debut on home territory -- in 60 days.

Having spent tens of billions of dollars preparing for the first World Cup in an Arab nation, Qatar is desperate to see the national side get past the first round, where they are grouped with the Netherlands, Senegal and Ecuador.

But it lost 3-0 to a Croatia under-23 team behind closed doors on Tuesday. And while public games in Vienna against Canada on Friday and Chile on Tuesday are only friendlies, they will still be seen as a key test of how much steel Spanish coach Felix Sanchez has put into the side.

Team spokesman Ali Salat told AFP that Sanchez and the QFA had agreed to keep the 30 players away from Qatar and the prying eyes of intrigued rivals.

"The coach and the federation were in discussion over the past season. This was agreed."
Sanchez and the players will briefly return to Qatar in early October and will hold an open training session before returning to Spain for more isolation before the World Cup starts, Salat said.

Qatar is the bottom ranked team in Group A -- 48th on FIFA's list. Sanchez was named coach in 2017 on a mission to make an impact this year.

'They need to sacrifice.' Qatar failed to reach the 2018 World Cup but won the Asian Cup in 2019 and reached the semifinals of the Gold Cup last year.

With many eyes on 2019 Asian player of the year Akram Afif, Qatar's fans are praying for a repeat of South Korea's dream run to the World Cup semifinals when they co-hosted the event in 2002.

Former national player Mohamed Mubarak al-Mohannadi said Qatar must beat Ecuador in the opening game on Nov. 20 to stand a chance of reaching the last 16.

"They are preparing for a World Cup for the first time in their lives. These players are sacrificing their time, they are staying away from home, from their families," Mohannadi told AFP. "To go abroad for this amount of time is difficult but the players know their mission. The federation and coaches explained it and they are ready. They need to sacrifice. Qatar people will come out to support but they want to see quality football that they can cheer and be proud of."

Mohannadi believes that the World Cup will provide a crucial boost to the Qatari league, which has been dominated by Al-Sadd and Al-Duhail for the past five years.

Both have slumped this season, however, as key players are with the national squad. Stadium crowds have increased, and Mohannadi said this was because other teams are getting a chance to win.

"If my team can come close to a top place I would be happy and I will take my family to support them. If they are losing, no one wants to go to the stadium. Now more people are enjoying the stadiums."