Yes, USMNT has lots of work to do. Is that shocking? Not exactly 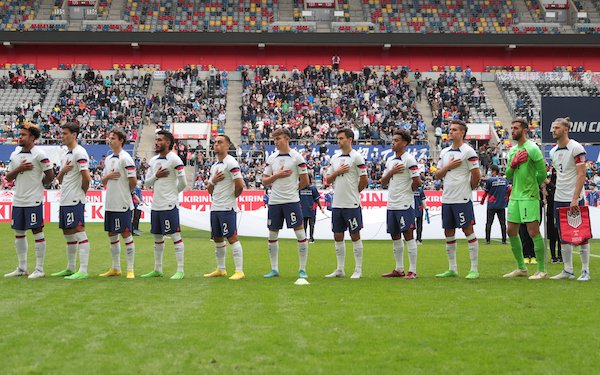 Those words from U.S. national team coach Gregg Berhalter following Friday's 2-0 loss wouldn't necessarily be alarming if they were uttered two or three years out from the start of the World Cup.

But we're talking about less than two months before the USA opens the 2022 World Cup in Qatar against Wales.

On a certain level, the result is not shocking.

Thanks to Covid-19 and the fencing of national team play behind confederation competitions, the USA has rarely had a chance to play teams from outside of Concacaf. Its only good result was the 3-0 win over World Cup-bound Morocco in June, yet we now know the Lions of Atlas were a team in chaos, firing head coach Vahid Halilhodzic in August.

Within Concacaf, the USA beat archrival Mexico three times in 2021, to win the Nations League and Gold Cup and to put it in good shape to qualify for the World Cup with its 2-0 win over El Tri in Cincinnati, but it didn't exactly crush it, finishing third in the Octagonal and needing goal difference to edge Costa Rica after blowing the eight-point cushion it had over the Ticos at the beginning of the year. The 2-0 loss in San Jose on the final day of qualifying was certainly a wake-up call and underscored the USA's concerns at key positions like goalkeeper and center forward.

But the performance against Japan went much further than that. How many players, based on how they played against Japan, would you feel confident today about starting for the USA at the World Cup?

The isolation of national teams within their confederations means you rarely get to see a team like Japan, which is a good squad.

As a starting point, the Japanese underscored the gap in technical proficiency between players from the two teams. If the U.S. players are incapable of holding the ball and hitting crisp passes, they're rarely going to able to make that up against a good team with intangibles like intensity or commitment or any of the characteristics so often attributed to American players.

The USA gave the Japanese a ton of opportunities with turnovers in its own half. Walker Zimmerman and Aaron Long were among the worst offenders — when has the USA produced a central defender with a high comfort level on the ball? — but Weston McKennie and Tyler Adams — not exactly Xavi and Andres Iniesta on a good day in midfield — were just as bad.

In his post-game remarks, Berhalter lamented the lack, among other things, of intensity in his team. Its hard to expect sharp play when he has to resort to starting players like Luca de la Torre, who has not started a competitive club match in four months, or Sergino Dest, whose last competitive club start was more than five months ago, or Gio Reyna, who made his first competitive start for Borussia Dortmund in five months last week at Manchester City in the Champions League.

But you would expect more out of players like Adams and McKennie, who normally set the tone for the USMNT, on and off the field with their intensity and personality (two of Berhalter's post-game buzzwords). 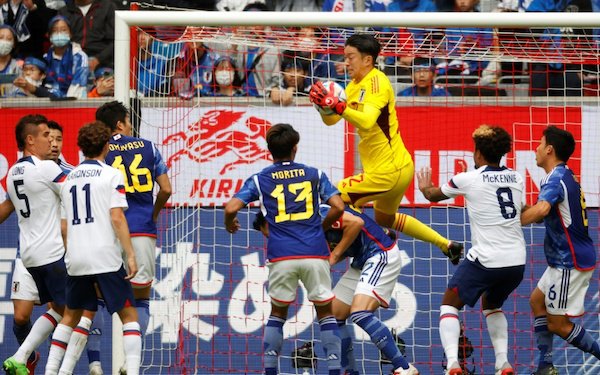 Where does the USMNT go for here?

Berhalter said last week he was 80 percent done picking his team for the World Cup. That 80 percent has got to include a bunch of players who had real stinkers on Friday. None of the remaining 20 percent stepped up and booked a ticket to Doha.

The first thing is, the USA must hope that injured players Antonee Robinson, Chris Richards, Yunus Musah, Christian Pulisic (injured in practice) and Tim Weah get healthy. All were sorely missed against Japan and would be expected to make significant contributions in Qatar.

Besides Richards, Berhalter has no one at center back who can comfortably advance the ball, but Richards has missed the last three windows (March, June and September) with injuries. Does Berhalter bite the bullet and bring back Tim Ream even though he has said the Fulham captain doesn't fit into his game model? John Brooks? (That would be the about-turn of all about-turns in national team history.)

Jesus Ferreira and Josh Sargent didn't exactly cover themselves in glory against Japan. In his recent remarks, Berhalter has seemed less committed to moving on from Jordan Pefok than Ream, but the center forward remains a huge concern.

A complete overhaul of the USMNT's tactics? A game model based on pressing isn't going to work if you're constantly being beaten at your own game. (It wasn't until about the 20th minute that the USA forced a turnover in the Japanese third.)

There will have to be some tweaks and better in-game adjustments, but major changes in how the USMNT plays simply isn't going to happen, given the time-frame it is working with.

In 2002, U.S. Soccer sporting director Earnie Stewart, USMNT GM Brian McBride and Berhalter were part of the team that upset Portugal in the opening game and reached the quarterfinals at the World Cup. It had five weeks to prepare.

In November, the USMNT will have all of one week to prepare for the Wales opener after all its players arrive at its Al Gharafa base camp.

men's national team, world cup
10 comments about "Yes, USMNT has lots of work to do. Is that shocking? Not exactly".
Read more comments >
Next story loading