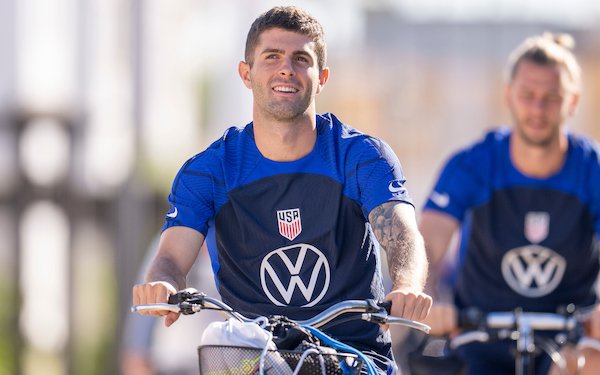 The USA will play its final international game before the World Cup on Tuesday when it faces Saudi Arabia in Murcia, Spain.

The match follows the 2-0 loss to Japan that raised alarm bells about the state of the national team less than two months before the opening game against Wales in Qatar.

One of Berhalter's concerns about the U.S. performance is that he felt Japan did not pose problems that couldn't have been solved:

"It wasn't something that like we were carelessly trying to play through, you know, seven or eight guys of pressure and were unsuccessful and they're coming down our throat. It was just making some bad decisions. And having said that, we're not happy with that. We had an off game. I can't say it clearly enough. We played poorly. The coaching staff takes responsibility for that, and we move on to the next game and we try to have a better game."

He added that decision-making involves "identifying who the free man is, identifying where the pressure's coming from and then exploiting that."

The two players who didn't play against Japan but will start against the Saudis, according to Berhalter, are Christian Pulisic and Ricardo Pepi.

Pulisic did not dress for the Japan game due to an injury picked up in training earlier last week.

"He does a great job of changing the game in moments," said Berhalter, "and that's all he needs to do. He doesn't need to do anything more than he has done in the past."

Pepi will start his first game for the USA in more than five months. After a difficult transition to German club Augsburg, Pepi needed a break, Berhalter has said, and was not called in for the four matches in the June window.

Pepi is one of four center forwards Berhalter appears to be focused on. Jesus Ferreira, Pepi's former FC Dallas teammate, and Josh Sargent played in the Japan game. The fourth striker is Jordan Pefok of Bundesliga leader Union Berlin. Berhalter has said he picked Pepi over Pefok as the third striker in camp because he needed to see how he is doing following his struggles at Augsburg that ended with a loan move to Dutch club Groningen.

He added that he has been impressed with Pepi's confidence level.

men's national team
16 comments about "Gregg Berhalter on what went wrong for USMNT against Japan and the return of Pulisic and Pepi against Saudi Arabia".
Read more comments >
Next story loading