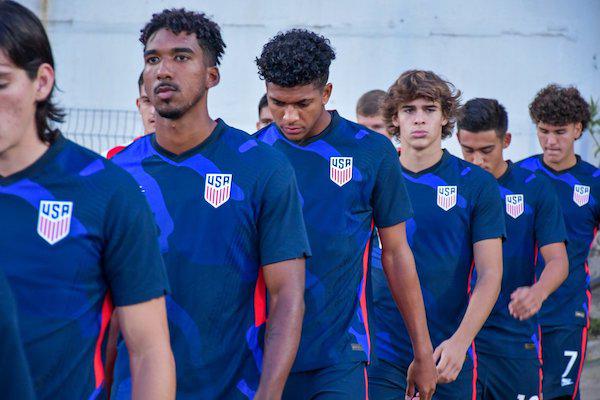 With its 2-1 win over Scotland on Tuesday, the U.S. U-19s were crowned champions of the Slovenia Nations Cup. The U-19 squad smashed Malta, 5-0, in the round-robin style tournament opener on Sept. 21 and held on for a 4-3 win over Croatia on Friday.

Against Scotland, the field was so muddy players found it difficult to reach full speed and change directions, and balls stopped dead with no notice. Still, the U.S. midfield combined well considering the environment and created several quality scoring chances.

Coach Marko Mitrovic brought to the three-game series of games a squad comprised evenly of players born in 2004 and 2005 — all eligible for next summer’s U-20 FIFA World Cup. (Coach Mikey Vargas' U.S. U-20s are playing at the Revelations Cup in Mexico.)

Sergio Oregel (Chicago Fire) opened the scoring off cross from Reed Baker-Whiting (Seattle Sounders). The Scots equalized 11 minutes later but the Philadelphia Union's Marcos Zambrano scored what would be the gamewinner before haltime, set up by Korede Osundina (Orange County SC).

U.S. made five saves while his Scottish counterpart Murray Johnson made two. 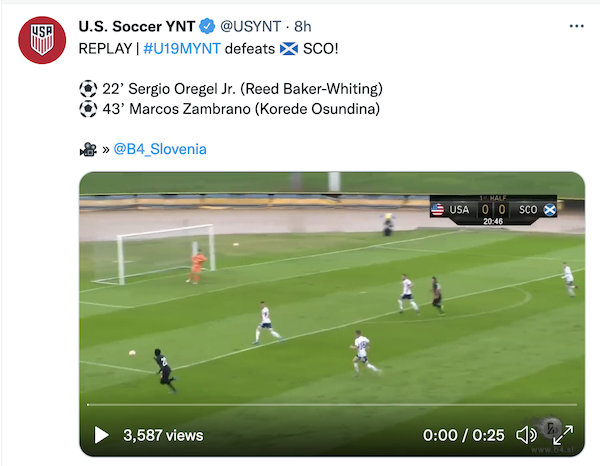