Kevin Paredes shines in U.S. U-20 men's win over Paraguay 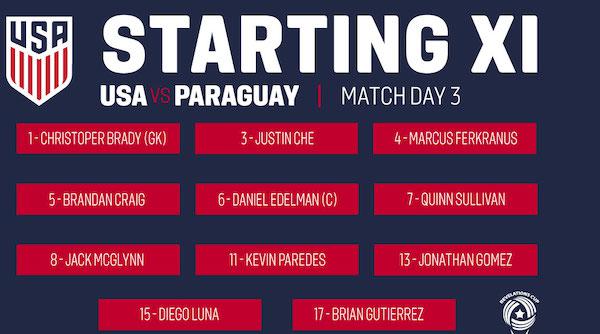 The 19-year-old VfL Wolfsburg-based Kevin Paredes  scored and assisted in the U.S. U-20s' third and final game of the Mexico-hosted Revelations Cup, a 2-0 win over Paraguay.

Paredes, a D.C. United homegrown, moved to the Bundesliga club last January for a transfer fee of $7.35 million, plus additional add-ons based on performance. He scored in the 7th minute against Paraguay and set up the other goal by the Chicago Fire's Brian Gutierrez in the 30th minute.

Neither Paredes nor Gutierrez were available for the Concacaf U-20 Championship Coach Mikey Varas' team won in July to clinch spots in the 2023 U-20 World Cup and 2024 Olympics.

The USA opened the Revelations Cup with a 3-1 win over Peru and fell, 2-1, to the Mexico.