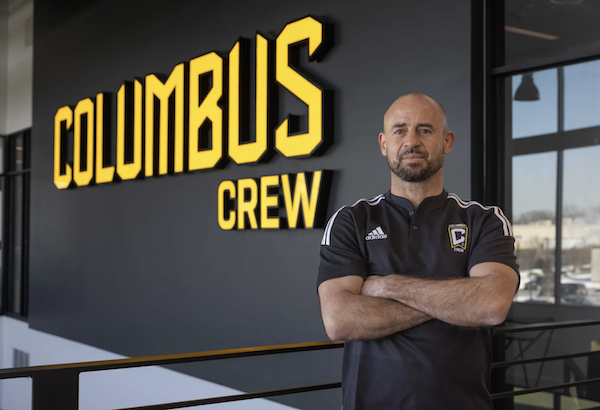 Laurent Courtois, whose playing career started in his native France in 1998 and included stops at clubs in England, Spain and the USA, was named MLS Next Pro's Coach of the Year in the league's inaugural season. He started coaching upon his retirement at the LA Galaxy. After gaining more sideline experience in Lyon's academy, he returned to the USA for a position with the Columbus Crew academy. Courtois took charge of Columbus Crew 2 upon its 2022 launch. We spoke to him ahead of his team's MLS Next Pro Eastern Conference final against TFC 11.

SOCCER AMERICA: Your first memory of playing the game?

LAURENT COURTOIS: I was a kid, maybe 8 or 9 years old, and I was just dribbling everyone and scored a goal. And I remember thinking, 'Wow, I can do this? It's pretty fun. Let's do this more.'

SA: Your decision to go into coaching?

LAURENT COURTOIS: I'm lucky to do what I'm passionate about. Coaching for me came pretty late. I was at Chivas USA under Robin Fraser and Greg Vanney. The capacity in the U.S. to get access to the B license was fairly easy at the time. I was like, 'Why not?'

I figured it out and gave it a shot. I came back for my A license and while getting my French badges too at the same time [an UEFA A license]. I always try to get what I can from other coaches.

SA: How did you find your way to Columbus?

LAURENT COURTOIS: Well, I got fired from the Galaxy, that's what happened. [Laughs]

I got recommended by Fred Lipka to the Crew. They reached out and I gave it a try — they wanted to see me and I wanted to see them and the setup here. It worked out well, so here I am.

SA: Getting fired by the Galaxy?

LAURENT COURTOIS: Yeah, so I finished my playing career with the Galaxy and they were putting the 2 team together. Curt Onalfo hired me as a player and assistant coach. And then I went back to France to coach for Lyon, my youth team, to get my coaching badges.

When I came back to the Galaxy, this time to be a real assistant for Mike Munoz, after two and a half years the management changed and a lot of people were released at the same time. 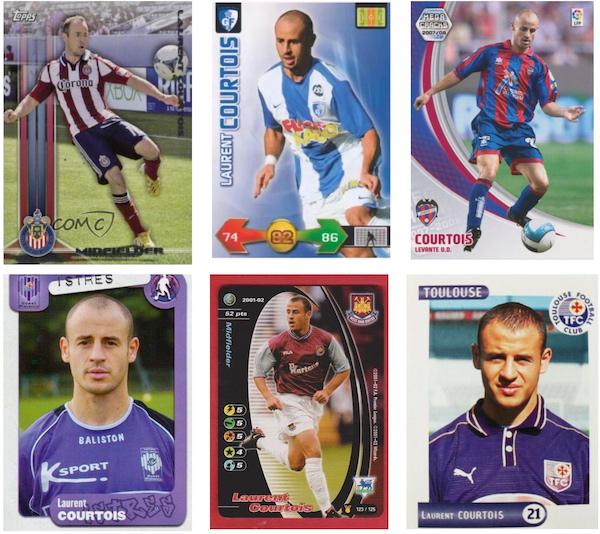 SA: What’s special about the soccer culture in Ohio? I imagine you didn't see yourself coaching in Ohio back when you were a player.

LAURENT COURTOIS: To be honest, what intrigued me right away was that in Columbus they really wanted me — they thought I could make a difference. That was important and I wanted to give back.

In terms of soccer in Ohio, it's a little different. I come from a background where it's do or die — get a contract or you don't have a job. The competition between kids is intense. In my generation, there were 10 guys like me. So you a really big internal, local competition.

Same thing in California, where the pool of players and competitiveness was such that everyone was fighting really hard. The pathway in Ohio was more getting into a cool school, if I'm honest. A good college.

At the Galaxy, everyone wanted to play for the first team or LAFC. You barely heard about college. Here I was a little surprised that the young guys here play to get access to college.

It didn't feel that way in California and in Europe it almost doesn't exist.

SA: What made this season special for your Crew II team?

We're spoiled in terms of structure and resources daily. We just try to not get too comfortable. It's not normal to have such a nice building, nice food, nice resources. The GM [Corey Wray] and the resources we get are amazing. The quality of the players that have come in, the communication from Caleb Porter and the first team has been amazing.

I have amazing staff. I barely do anything: I just show up and everything is set up. The heart that these players have. ... I could ask anything of them and they would do it. I don't know if I'll find something like it ever again.

SA: The team just launched last December. Any kinks that you had to work out with a new team?

LAURENT COURTOIS: First of all, the academy level was about — not just for players, parents, but I'm actually talking about the club — making sure we all know being an academy player and a Crew 2 player are two different things.

On the other side of the extreme, it's not because you have an MLS contract that makes you a good player or necessarily a starter in Crew 2. Everyone had to check their standards, ego and where they belong for everyone at Crew 2 to play the same way. It was about, how do we become "we" from "me"? 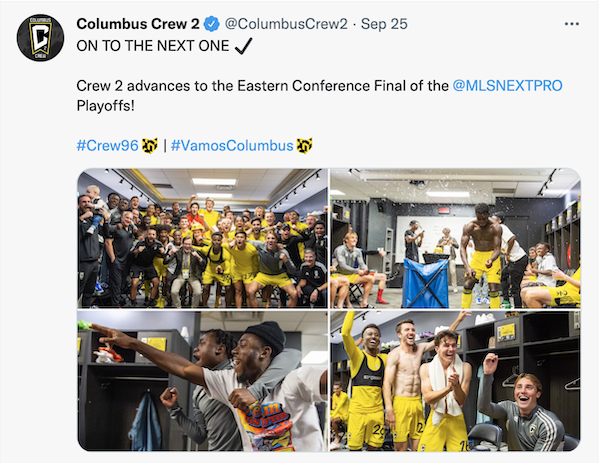 LAURENT COURTOIS: I was traumatized, amazed by the teams that were influenced by the Barcelona style of play when I first arrived here. At least the coaches were. Everyone wanted to play like Xavi Hernandez or Dani Alves. But I felt it was really naive. The environment that I came from was about trying to not make mistakes, to not lose. So people were tentative and conservative.

So it was refreshing — of course, there's a balance of both sides.

SA: Jacen Russell-Rowe has been a phenom for you this year. Talk about his development. When was the first time you worked with him?

LAURENT COURTOIS: Yes. When he was in college. You could tell he was not the guy that was going to run everywhere for no reason when he knows a player won't be able to get him the ball. That's how I saw him first: 'Oh, he doesn't want to run when he knows he won't get the ball.'

He got my attention not in a good way. He was picking his moments too much. But then, his savvy with the ball, his link-up play between lines, the way he plays with his body to protect the ball. It was interesting.

When we first worked together, he was completely out of shape. Based on the way we wanted to play and the mindset I was trying to build, we told him, 'We're going to shut you down. Let's start at zero and work on your fitness and your capacity.' Once you're able to make the runs we want to create and you can physically handle this, we'll get you back in.

We were really demanding in terms of high-speed running, movement off of the ball, even early on he had to build that capacity. The first few weeks he must've been like, 'Oh, wow.'

SA: It paid off with 21 goals in the regular season [he added a hat trick in the first game of the playoffs].

LAURENT COURTOIS: Frankly, he has a little bit of everything. If you look at his goals, it's rarely a huge strike. Usually some finesse with a quick release, getting the opposition on the opposite side of where the guy would expect.

He has timing, both feet, he can hit it with each surface of the foot — he can score with his head. Besides the scoring capacity. he can go one touch, dribbling, full-speed. His decisions and space that he can create are really good.

LAURENT COURTOIS: He has way more pace than people think. He can fill up his body with muscle mass. I don't see much of a ceiling for him, to be honest.

SA: A preview of the game on Sunday? Why should people tune in?

LAURENT COURTOIS: This game means a lot to us. We have goals and we want our guys to be rewarded for their hard work and the attractive style they had all year long in terms of taking risks. We want them to reward themselves. They're the better team — let's not shy away from saying it.

They're the better team and we just need to prove it against an opponent we know very well. It's our time to execute and there's no excuse. We're going to face a really good team that I personally knew, between them and NYCFC, that they would be the candidates to be behind us. And they delivered.

We are the better team so we just need to show it.