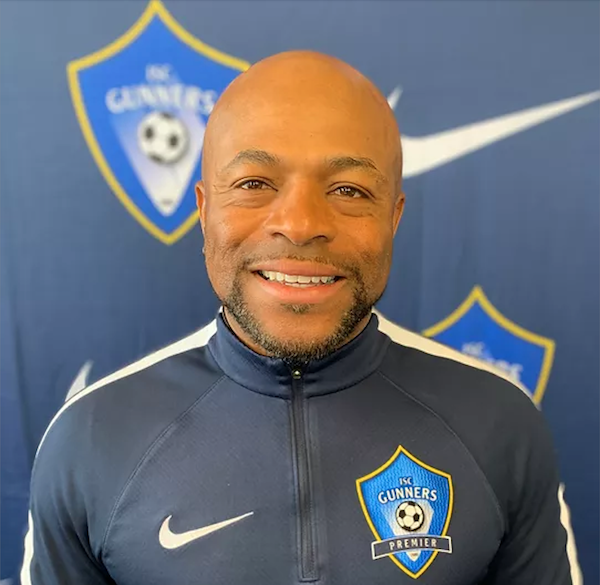 Eddie Henderson  learned to play soccer in the streets. When he grew up in Seattle in the 1970s, children of all ages chose pickup teams, then kicked around in the alley. If the score grew lopsided, they traded players to equalize the competition.

Henderson never lacked for teammates or opponents. He had 17 siblings – all older.

Soccer gave him plenty: a scholarship to the University of Washington, a professional career, stints with U.S. youth national teams that included playing in the 1987 U-20 World Cup, where his teammates included Tony Meola, Jeff Agoos and Marcelo Balboa.

To give back to the game – and because he loves being around kids – Henderson began coaching club soccer. He was still in high school. Decades later, he’s still at it.

After pro stops with indoor teams in Milwaukee, San Diego and Wichita – and a stint as a stockbroker – Henderson became a youth coaching director in Kansas and Nevada. Now he’s back in Washington state, where he played with the Seattle Storm during its WSA/WSL/APSL years. He’s technical director of SC Gunners, and vice chair of U.S. Club Soccer’s board of directors.

SC Gunners is a top-level club. U.S. Club Soccer is a high-powered organization. But in all that he does, Henderson harks back to his soccer education in, literally, the streets of Seattle.

He was first attracted to U.S. Club Soccer by its relatively few rules (compared to other leagues and platforms). For example, there were no restrictions on playing up in age groups. Henderson did it while growing up. And though he was just “5-foot-zero, and maybe 100 pounds,” the experience helped. 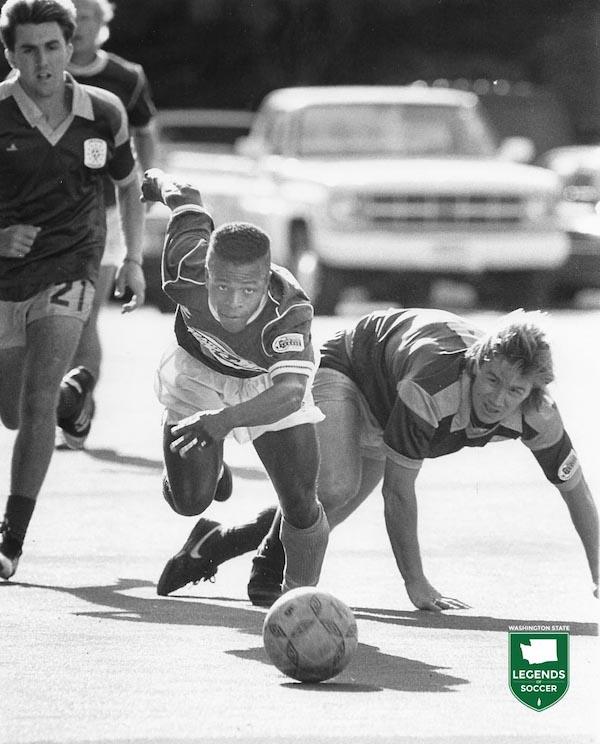 “Lots of places say that, but it isn’t always true,” notes Henderson. “That’s what we strive for. It’s the players’ game. We need referees and administrators and rules, but without the kids, you have nothing.”

Too many rules, he says, inhibits development. And too many adults means that youngsters no longer play on their own. “Some of my pickup games were more intense than the organized games,” he laughs.

Of course, organized competition is important too. As U.S. Club Soccer vice chair and executive committee member, he is proud that the id2 national identification and development program has sent players to MLS. “Like most coaches, my ultimate goal is to see this country win the World Cup. I’m trying to do my small part to make that a reality,” Henderson says.

Youth players today are much better than when he was a teenager, he adds. The talent pool is much deeper. At the same time, youth soccer has become more “institutionalized,” more bogged down with paperwork. He returns to the theme of street play. He cites Seattle-area contemporaries like Kasey Keller, Chance Fry and Chris Henderson (no relation). They too played street soccer, he says.

There was a lull in the Washington state soccer scene after he and those other “kids” grew up, Henderson believes. But high level players returned home, as he did, and got involved with the game. Clubs like Crossfire (this summer’s ECNL U-19 national champion) and the Sounders are making waves on the national stage.

“A lot of us played for dad coaches,” Henderson says. “We developed our skills on our own. That’s changed now. I’m like a lot of guys: I got my B license, my A, my national youth license. I look on this as a profession.”

Despite the professional coaching, he encourages players to play on their own. “They have to keep their foot on the ball, all the time. Sure, you can do technical work with an app, like kids did during COVID. But there’s nothing better than finding a brick wall, smashing a ball at it a thousand times, and trying to control it.”

Anyone can do that. But first, they must be introduced to soccer. In too much of the United States – particularly inner cities – the game has been inaccessible, Henderson says.

He stresses the importance of offering resources in urban areas, and collaborating with like-minded organizations. “We have to bring the game to where these kids are,” he says.

Wearing his different hats – a club technical director and national league board member, but also an advocate of unstructured “street play” – Henderson is optimistic about the future of American soccer.

“We’re starting to produce wonderful players, who play around the world. I see articles and tweets that make it seem like everything about soccer here is negative. But we’re making great strides.

“People told me that because I was 5-1, I’d never make it. For me, believing you can do something is the first step. We need that belief mentality as a nation.

"But if I don’t believe it, I won’t be doing all the things that are necessary to make it happen.”

youth
4 comments about "Eddie Henderson harks back to his soccer education in the streets of Seattle".
Read more comments >
Next story loading