Becky Sauerbrunn will return to Thorns for an 11th NWSL season 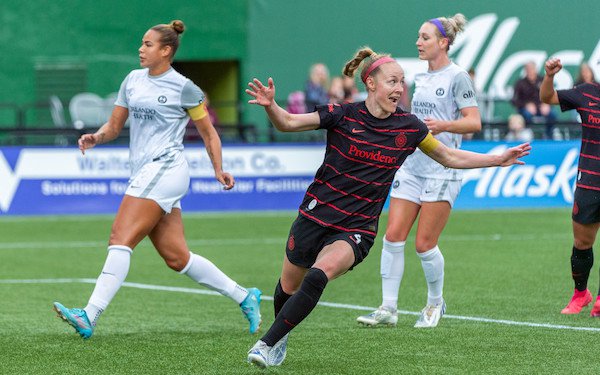 Becky Sauerbrunn, a three-time NWSL Defender of the Year, signed a one-year contract with the Portland Thorns on Friday. It will be her fourth season with the team and 11th in the league.

“Becky had the option to pursue free agency and we are grateful she made a commitment to this club,” said Thorns GM Karina LeBlanc in the press release. “We wanted to make sure that we continued this relationship and I believe we both win in the end by having Becky back with our club in 2023.”

Next year is a World Cup year, and Sauerbrunn is expected to lead the USA when it heads to Australia and New Zealand for the finals.

The 37-year-old Sauerbrunn, who broke into the pro ranks with the Washington Freedom in WPS out of Virginia in 2009, steered the USWNT to a historic equal payment agreement with US Soccer as the USWNT Player’s Association President. She is one of women soccer’s most vocal about social change in the sport.

“The gains we have been able to achieve are both because of the strong foundation laid by the generations of of WNT players that came before and through our union’s recent collaboration with our counterparts at the USNSTPA and leadership at USSF,” said Sauerbrunn upon the agreement’s release to the public.

She leads all active USWNT players with 209 caps and is 22-2-2 in World Cup and Olympic matches, first appearing for the USWNT as a starter in the semifinal of the 2011 World Cup, a 3-1 win over France.

Sauerbrunn is one of three players who have played in every year of WPS (three seasons) and the NWSL (10 seasons) with stops at the Freedom, magicJack, FC Kansas City, Utah Royals and Thorns.

“Becky has been fantastic for us this year, she has been one of the top center backs in the league,” said Thorns coach Rhian Wilkinson. “Off the field a lot has been said about her and her leadership, and that continues, she is a joy to have with the group and to work with as a coach, who wouldn’t want a Becky Sauerbrunn?!”

nwsl
1 comment about "Becky Sauerbrunn will return to Thorns for an 11th NWSL season".
Next story loading