Gonzalo Higuain carries Inter Miami on his back toward playoffs 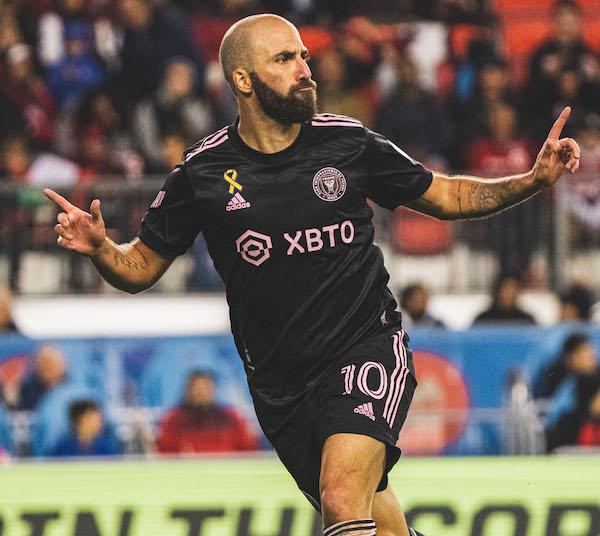 “For us to be successful, he has to perform."

Those were the words of Inter Miami coach Phil Neville directed at Argentina star Gonzalo Higuain after the third game of the MLS season, a 2-0 home defeat to LAFC.

Higuain and the Herons looked to be going nowhere in March. Inter Miami had one point in its first five games and only started to do better after that when Neville benched Higuain.

But Inter Miami, hampered by spending restrictions imposed on it by MLS for violating roster-spending rules in Year 1, was going to need Higuain to get hot if it was to have any chance of making the playoffs.

The retiring Argentine has done just that.

His goal gave Inter Miami a 1-0 win at Toronto FC on Friday night and a three-point cushion on the Columbus Crew for seventh place with two home games to play in the 2022 season.

The goal came in the 86th minute when Higuain took a pass from substitute Robert Taylor at the top of the area, faked like he was going to his right, put the ball onto his left foot and slotted it inside the post past TFC goalkeeper Quentin Westberg.

"This group is an amazing group and now they’re beginning to believe what we’ve believed in them from day one and it’s great to see," said Neville. "I think it helps when you’ve got a center forward [Higuaín] that’s carrying the team towards the playoffs."

Higuain, who wasn't reinserted back into the starting lineup until late July, has scored goals in his last four games and 12 in his last 14 games.

The Crew has a game in hand on Inter Miami, but the latter has the edge in the first tiebreaker (total wins). Friday's result eliminated last season's Supporters' Shield winner, New England.