The Chicago Red Stars completed the NWSL playoff field when they clinched the final berth with a 2-0 win over Angel City FC on Sunday.

• Three of the six teams in the playoffs are newcomers: first-year San Diego, second-year Kansas City and Houston, which advanced for the first time eight years after entering the league.

• The playoffs will begin following the October international break.

• Alex Morgan won the NWSL Golden Boot as the league’s top scorer in the regular season for the first time with 15 goals in 17 games, a career high since joining the league in 2013.  She edged USWNT teammate Sophia Smith, who scored 14 goals for Portland. 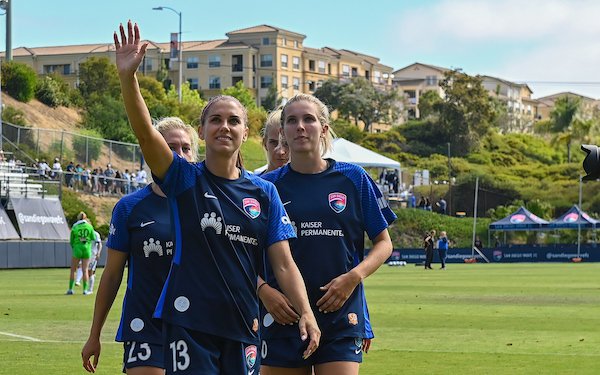