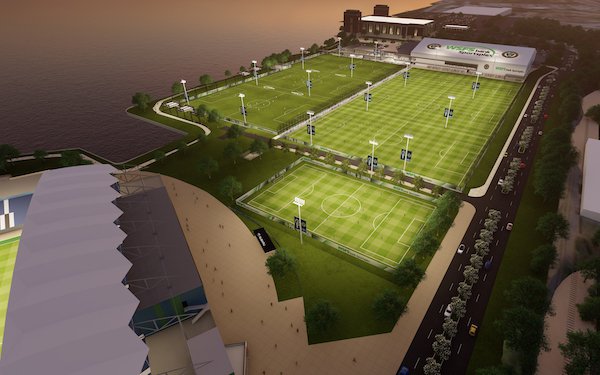 Philadelphia Union announced plans for a $55 million sports and recreation complex to be built on the Chester Waterfront in between Subaru Park and the Union Power Plant office building.

The 32-acre WSFS Bank Sportsplex will be home to Philadelphia Union II, the Philadelphia Union Academy and the YSC residency program and help bridge the geographical gap between first team, second team and academy programs considered among the best in MLS.

“This best-in-class facility will provide a singular home for our professional and academy teams while creating a premier destination for local youth groups to fall in love with sports,” said Union owner Jay Sugarman. “Alongside Subaru Park, WSFS Bank Sportsplex will become another centerpiece of our club and community strategy, and I could not be more proud to see this project come to fruition.”

In addition to seven fully-lit outdoor grass and turf fields, a 100,000 square-foot indoor facility will be available to the public. It includes a turf field, two indoor sports courts that can be converted to eight smaller ones, a fitness center, a weight room, an indoor sports track, and a café.

The indoor facilities are especially important for a team that has a preseason in the dead of winter. Until it’s completed, the YSC and Union academies will continue to train in Wayne, as they have done since 2013.